A group of carmakers, environmentalists, and consumer organizations are calling on the European Union to set "ambitious" targets per country for the deployment of public charging points for EVs.

The European Automobile Manufacturers’ Association (ACEA), Transport & Environment (T&E) and the European Consumer Organisation (BEUC), in a common letter asked the EU climate, transport, industry and energy commissioners to use laws to require a certain number of public charging point in each country.

The resultant total requirement is estimated at 1 million public charging points in the EU by 2024 and 3 million by 2029. That would be quite a significant expansion compared to over 224,000 in 2020.

"Setting targets will send a strong signal to consumers that the number of public charging points will keep pace with the surging sales of electric vehicles which Europe is witnessing, the letter said. It would also grant much needed certainty to the automotive industry but also grid operators, re-charging infrastructure operators and transport companies. The proposal would also aid the creation of one million jobs across the continent and help the EU meet its climate goals."

It's of course in the interest of EV manufacturers to try to flip bulk of the infrastructure costs to government/taxpayers (as they were the ones that set the emission requirements after all), instead of including those costs directly in the price of cars (and then building the infrastructure).

A separate call is for a regulation of the xEV charging services:

"The groups also called on the European Commission to propose replacing the directive with a regulation as it would help harmonise re-charging standards, payment methods for consumers, tariff transparency, maintenance, and other issues across the EU common market. A regulation would also allow for swift implementation of the new targets while a directive would require their transposition into national law, which can take years."

The targets (per country)

The group comes with a formula to estimate how many public charging points should be installed in particular markets, depending on multiple factors.

"The targets should be allocated to each country based on a simple and fair methodology that takes into account factors like how much private charging is available, the letter said. The number of publicly accessible chargers should increase in line with the number of EVs on the road, the groups also proposed. The EU should also address the growing needs of EV drivers with no or little access to private charging, as well as electric taxis and ride-hailing services, by setting targets for fast and ultra-fast chargers in urban areas." 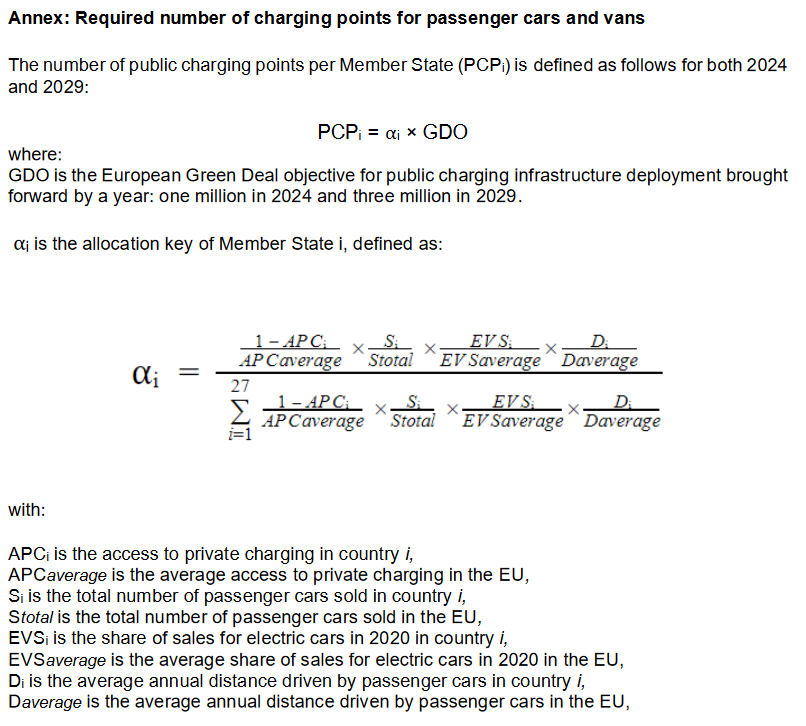 Once applied, the results for particular countries (as of today) would be as follows: 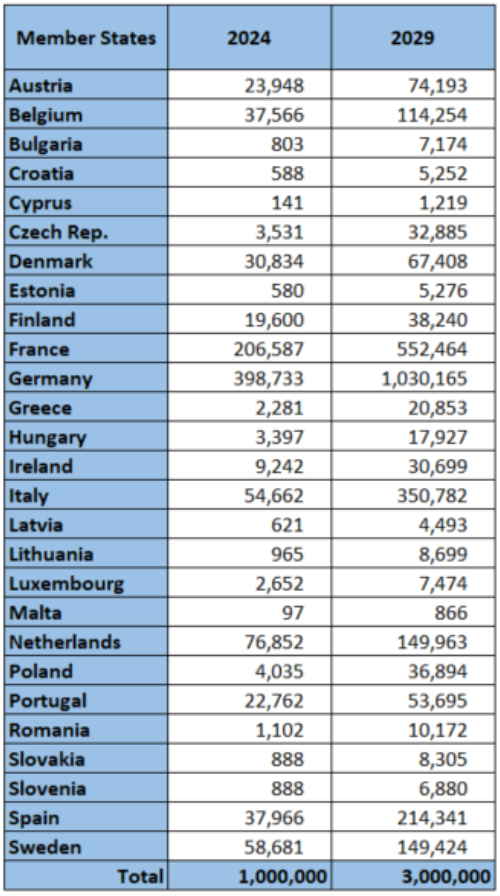 Because particular factors change, the targets would be also adjusted from time to time.

“If we're serious about global warming we need to go electric fast. To speed up the transition we need ubiquitous and easy charging not just in Norway and the Netherlands but all across Europe. EV charging targets per country are a great way to make that happen and the Commission should stop dragging its feet over this.”

“It must be as easy to charge an electric car as it is to fuel a petrol one. Having sufficient – and convenient – charging infrastructure is the highway towards consumer confidence and uptake of electric cars. Policymakers should therefore tackle practical concerns, such as displaying charging tariffs in price per kilowatt hour and allowing commonly available payment methods.”