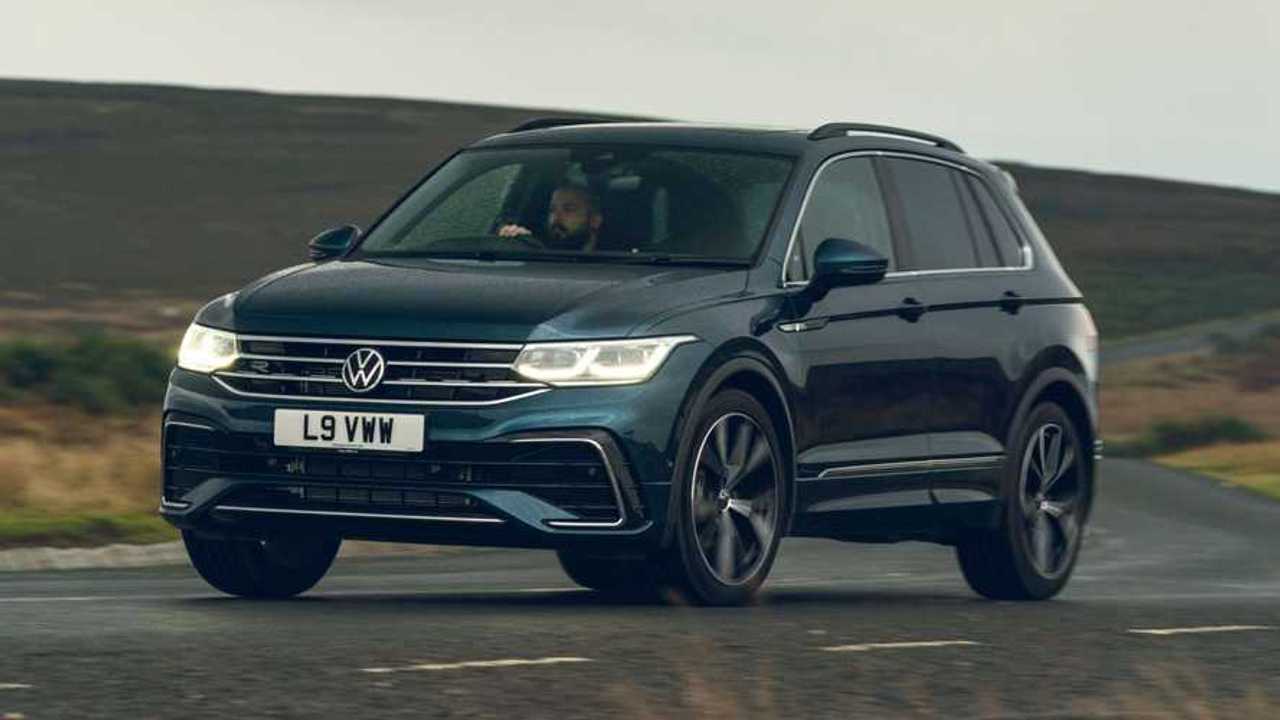 Both engines come with automatic transmissions and four-wheel drive.

Volkswagen has added two new high-performance 2-litre petrol engines to its Tiguan line-up, in a move designed to broaden the family SUV’s appeal. Both engines, which slot in at the top of the new-look Tiguan range, come with seven-speed automatic transmissions and VW’s 4Motion all-wheel-drive system.

The two new motors are both based on VW’s 2-litre, four-cylinder turbocharged petrol engine, which has found a home in countless Volkswagen Group cars over the past few years. The cheaper of the two will be the 188 bhp unit, which will be offered on Elegance and R-Line cars.

That engine will get the new Tiguan from a standstill to 62 mph in 7.4 seconds, before surging on to a top speed of 133 mph. The trade-off for that performance, however, will be economy. Officially, the 188 bhp Tiguan will manage 33.2 mpg in Elegance guise, although the R-Line will be marginally more efficient, returning 34.1 mpg.

Neither model will suit company car drivers, either, with the Elegance emitting 194 g of carbon dioxide per kilometre and the R-Line hitting 189 g/km. That means both models will slot into the top-end 37-percent company car tax bracket.

But these cars are aimed at private customers who want a bit more get-up-and-go from their Tiguan. It’s also aimed at the more affluent customers, with prices starting at £36,140 for the R-Line, while the more luxurious Elegance is marginally more expensive at £36,275.

It’s a similar story for the more potent 242 bhp engine, which comes in at the top of the Tiguan range – at least until the go-faster Tiguan R arrives. Essentially the same engine you’ll find in a Skoda Octavia vRS or a Volkswagen Golf GTI, it’s capable of getting the Tiguan from 0-62 mph in six seconds flat and onto a top speed of 145 mph.

Unlike its 188 bhp sibling, the 242 bhp engine will only be offered in combination with the sporty R-Line trim level, and prices start at £39,560. Like its less powerful stablemate, the 242 bhp engine also comes with something of a thirst, although its 32.1 mpg petrol habit is only marginally worse than the other newcomer, despite the disparity in performance.

More on the latest-generation VW Tiguan:

New VW Tiguan goes on sale with prices from just under £25,000

“One of the key ingredients for any SUV is capability, whether it’s the ability to venture off-road, provide space for five people and their luggage, or even just stand up to the daily trials of family life,” said Hannah Doherty, Volkswagen UK’s product manager for the Tiguan. “With this powerful duo of petrol engines, the Tiguan is more capable than ever – offering space, power, quality, flexibility and the road-holding (or off-roading) prowess of 4Motion four-wheel drive. Increasing choice for customers for Volkswagen’s best-selling SUV is also a big boost!”