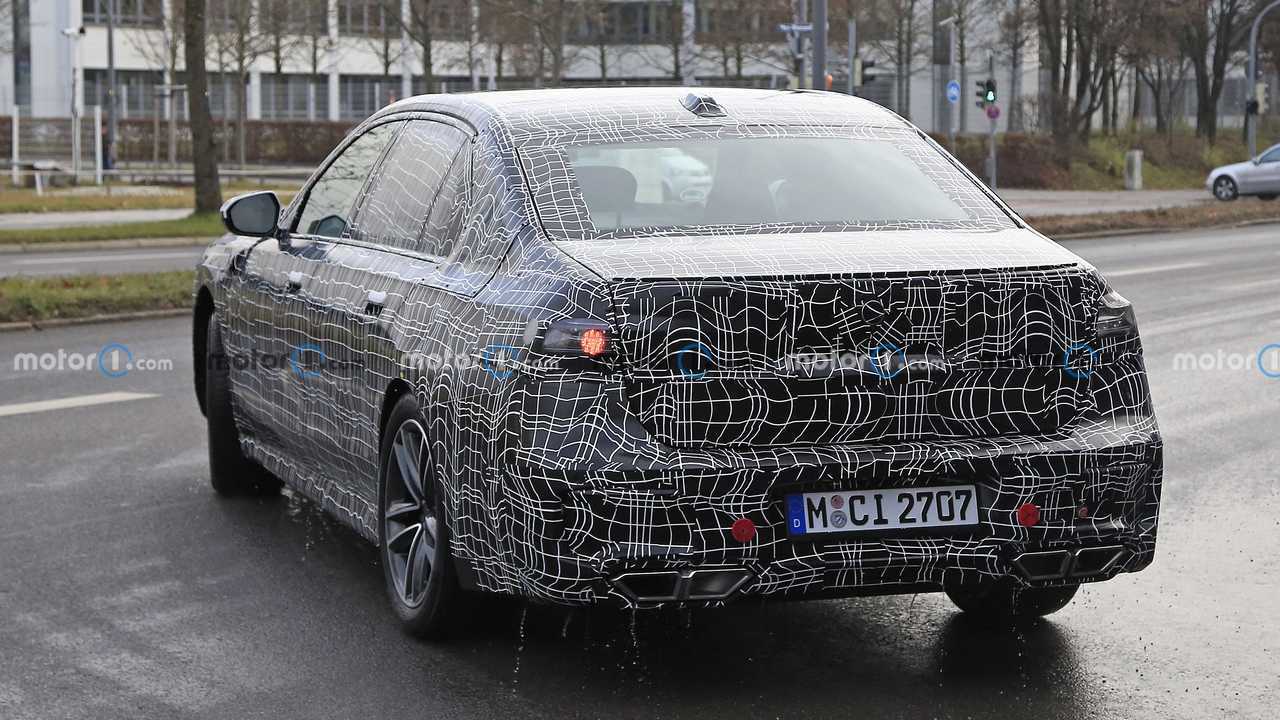 We also have some fresh spy shots of its electric sibling, the i7.

BMW has been doing a great job camouflaging prototypes of the next 7 Series as we still only have a vague idea about the design direction Bavaria’s luxobarge is taking for the next generation. A couple of prototypes have now been spotted again by our spies, and one of them caught our attention. The test vehicle with the license plate ending in “2707” seems to be a high-end variant of the 7er.

Why? Look at the quad exhaust tips. We haven’t seen that design before, and it’s probably reserved for the range-topping 7 Series equipped with a combustion engine. Some would be tempted to speculate there’s a V12 underneath the hood for a new M760i, but BMW has admitted the twin-turbo 6.6-litre engine is living on borrowed time. The reason being updating the engine to meet stringent emissions regulations is expensive. The take rate is also quite low to justify the financial and engineering efforts.

Getting back to the prototype at hand, it also has a subtle boot lid spoiler the prototype with the “2487” plate lacks. Both have some features in common, such as the cameras mounted on the front wings/fenders along with the door handles that remain flush with the bodywork. BMW slapped on some stickers that resemble conventional door handles, but those aren’t fooling anyone.

We have a feeling both the headlights and taillights are provisional and will be replaced by fancier clusters on the production model. That being said, their location is unlikely to change, and we’re wondering whether that wide bulge on the boot lid hides an LED light strip because those seem to be all the rage these days.

Most of the body panels wear a double layer of camouflage as we’re noticing tiny black rivets to hold the extra fake panels in place. For this reason, it would be wrong to jump to any conclusions about the car’s design, and that holds true for the equivalent i7. Our spies also caught a prototype of the 7 Series’ EV counterpart, which appears to largely carry over the design of its ICE sibling.

They've been spotted before:

Peeking through the camo at the front is a grille we’re hearing it could be illuminated to follow in the footsteps of the X6 and 5 Series. Rumours say the next range topper from BMW will get self-opening and self-closing automatic doors akin to Rolls-Royce, along with something called a “Motorway Assistant” – likely a more advanced semi-autonomous driving system.