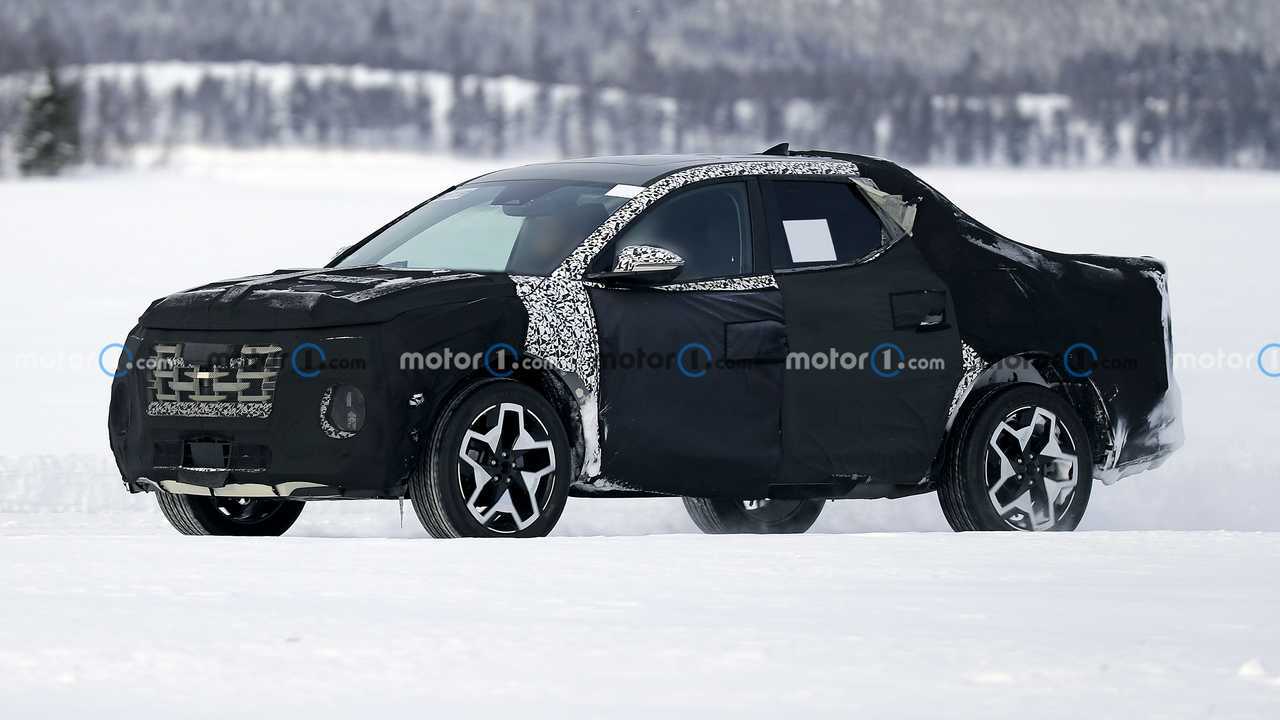 The Tucson-based compact pickup appears to have a tiny bed.

Unlike the cab-over Porter (H-100) truck only sold in some markets, the Santa Cruz will be a global pickup from Hyundai. It’s not going to have anything in common with the no-frills Porter as it will be a fancier lifestyle utility vehicle based on the latest-generation Tucson. You can already tell it’s related to the compact crossover by looking at the polarising design details peeking through the camouflage.

Our spies have caught a near-production prototype of the Santa Cruz undergoing final testing on a frozen lake in Finland. Hyundai is stubbornly keeping the full camo attire even though we’re likely only months away from the world premiere. Despite the disguise, you can easily tell the bed is quite small, thus making the little truck a competitor to the recently updated Honda Ridgeline and the forthcoming Ford Maverick.

Entering series production later this year at the Hyundai’s Montgomery, Alabama assembly plant, the first-ever Santa Cruz seems to be virtually ready to lose the camouflage. From the snazzy wheels and Tucson-borrowed side mirrors to the sunroof and intricate grille, the little truck must be getting ready for its world premiere. We do notice some of the exterior trim on the C-pillar is missing, but other than that, the South Korean ute is ready for prime time.

While the namesake concept unveiled six years ago (yes, it debuted at the 2015 NAIAS) had an extended cab layout with rear-hinged “suicide” doors, the production version appears to be a more practical crew cab with all doors hinged at the front. Hyundai’s design sure has changed a lot since the concept made its debut in Detroit many moons ago, so it won’t look anything like the show truck. Instead, the prototype is giving us the impression of a Tucson with a bed.

We’re expecting the oily bits to be largely inherited from the crossover, but with the added practicality of a bed. However, the 2022 Santa Cruze will be less of a workhorse and more of a family-oriented truck for outdoorsy folks. Should you want something with more utility from Hyundai, head of global design SangYup Lee said in an interview last year the company already has "many different possible options” for a bigger truck.

With production commencing later this year, the world premiere is probably scheduled to take place in the coming months.

The Hyundai ute is coming soon: