BMW M4 CSL might be coming sooner than you think

As with the M3 CSL before it, production will be extremely limited.

It’s been a while since BMW had a Coupe Sport Leichtbau in its lineup considering the last CSL came out ten years before the 3 Series Coupe transitioned to the 4er family. The 2004 M3 CSL Coupe was followed late 2015 by the M4 GTS that took a similar approach by dropping weight and gaining muscle. In 2018, the Bavarians announced a plan to retire the GTS suffix and make way for the return of the Coupe Sport Lightweight.

Fast forward to 2021, it looks like CSL is finally making its long-awaited return. According to a BMW insider familiar with the company’s agenda, an M4 CSL will be released as early as next year. A veteran of the Bimmer Post forums, the author claims assembly of the hardcore coupe will reportedly start in July 2022 for what will be a “very short production run.” It is unclear how many units will be built, but chances are fewer than 1,000 examples are going to be sold.

If the M4 CSL will fully live up to its badge, it would make the most sense to use the rear-wheel-drive version equipped with the manual gearbox as the basis. The lightest current-generation M4 with a full tank of petrol (but without a driver) tips the scales at 1,674 kilograms, making it about 34 kg heavier than the previous-gen M4 Competition with the DCT.

To put that number into perspective, the original M3 E30 was roughly 500 kg lighter when it came out in the latter half of the 1980s. Sure, its modern-day equivalent compensates for the weight gain with approximately two and a half times more power while being significantly safer, more practical, and technologically advanced. 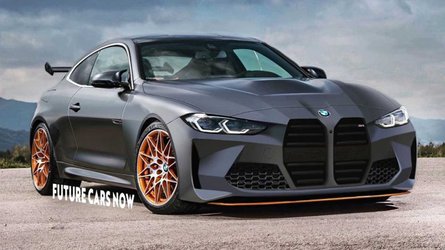 Does this BMW M4 CSL rendering improve the new grille?
⠀ 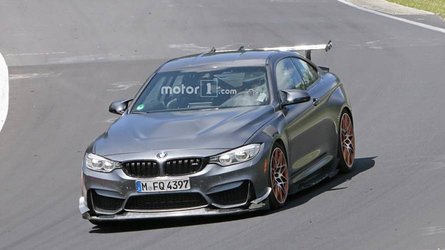 It’s unclear how much weight the M4 CSL is going to lose, but we’ll remind you the M3 CSL shaved off 110 kilograms compared to the regular M3 available during the E46 generation. More significant use of carbon fibre would put the latest performance coupe on a strict diet, while some extra power is expected considering the M3 CSL also had a little bit more oomph.

If the report is legit and production will be starting in mid-2022, it likely means the reveal is going to take place a few months before, so we could see the M4 CSL as early as the beginning of next year.