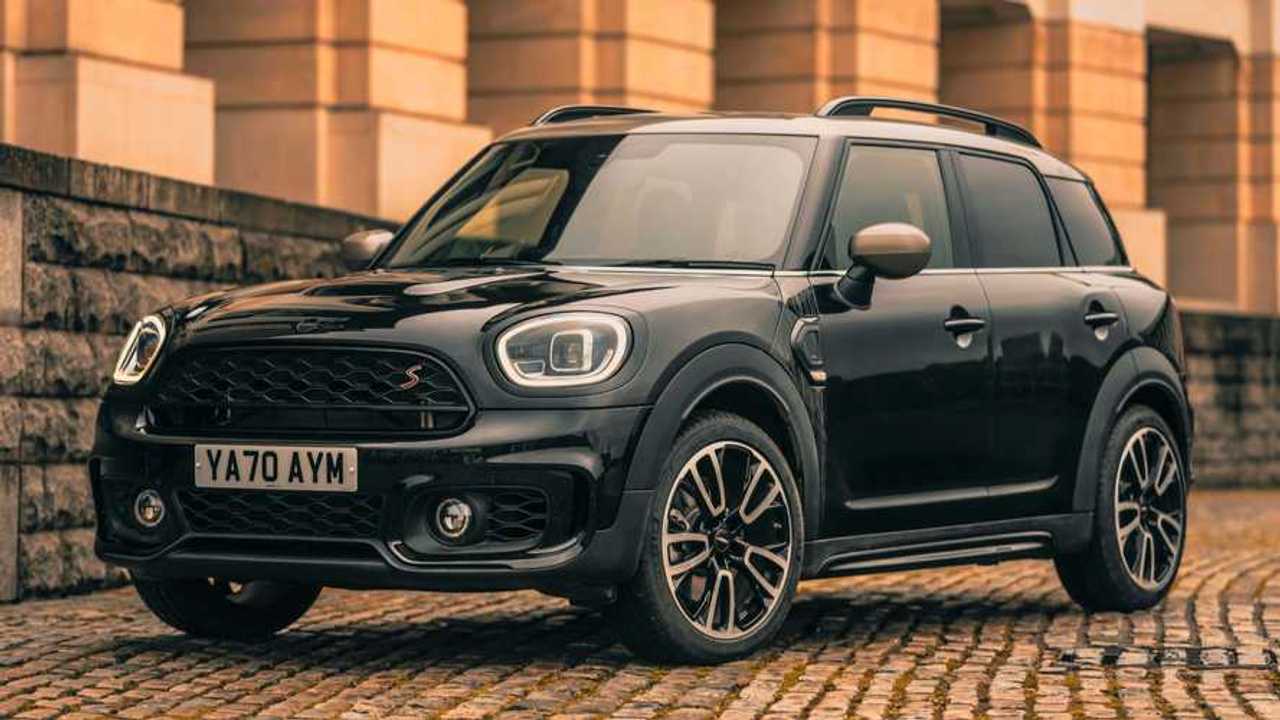 Mini has announced its Clubman and Countryman models are getting new Shadow Edition variants specific to the UK market. Priced from £26,805 and £28,755 respectively, the newcomers justify their increased price tags with improved standard specifications and a handful of visual updates.

Chief among those is the paint job, which comprises Midnight Black Metallic body paint with a contrasting silver roof and silver door mirrors, as well as Piano Black exterior trim. The Shadow Edition is also marked out by its graphic on the bonnet and ‘A-panel’, which is found just in front of the front doors.

Based on mid-range Sport trim levels the Shadow Edition cars also come with 19-inch John Cooper Works alloy wheels and a John Cooper Works aerodynamic kit, not to mention LED lights at the front and rear. Countryman models come with black roof rails as standard, while Clubman customers will have to raid the options list to get such additions.

The interior also gets a dark theme with Anthracite dark roof lining and Piano Black dashboard trim. There are extra graphics on the tread plates and the dash trim, too. Finally, John Cooper Works sports seats and a sports steering wheel are both fitted as standard, along with Chili Red contrast stitching.

All that comes on top of the standard Sport specification, which includes a 5.5-inch digital instrument display, rear parking sensors and Mini Driving Modes, which allow the driver to set the car up for sporty or economical driving. The car also comes with the Mini Excitement Pack, which includes LED mood lighting, and the Navigation Pack with an 8.8-inch infotainment screen housing Apple CarPlay and a navigation system.

More on the Mini Clubman and Countryman models:

If you want to make merry with the options list, however, you can also have the Comfort Pack, Comfort Plus Pack and Navigation Plus Pack, which offer goodies such as wireless charging and a head-up display.

And that isn’t the only choice you get. Customers also get to choose between the Cooper and Cooper S petrol engines, both of which come with a choice of manual and automatic transmissions. Countryman buyers, however, will also have the opportunity to have their Shadow Edition car in All4 Plug-In Hybrid guise, offering a 31-mile electric range.

Both cars are available to order from Mini dealers now, with the first customer deliveries arriving in April. Prices start at £26,805 for the Clubman Cooper and £28,755 for the Countryman Cooper.