Tesla will also begin accepting bitcoin as a form of payment.

By way of an SEC filing, it was revealed that Tesla bought $1.5 billion worth of bitcoin this week. Moreover, Tesla has plans to begin accepting cryptocurrency as a form of payment for its cars and products. It's no wonder CEO Elon Musk has been touting crypto on Twitter recently. Perhaps in the future, Tesla will only accept Dogecoin?

Jokes aside, this is really big news in many ways. Depending on how you look at it and how much you read into it, it could be a positive or a negative. Perhaps it's fair to say it's a bit of both. There's so much we don't know about the future of crypto, so it's hard to put a finger on anything related to the "currency" at this stage.

According to CNBC, Tesla wrote in the SEC filing that it bought the bitcoin to add “more flexibility to further diversify and maximise returns on our cash.” While accepting bitcoin as a form of payment could help encourage more people to buy a Tesla – especially since Tesla will be the first major carmaker to accept it – it could also work to boost the company's financials.

At the end of 2020, Tesla had some $19 billion in "cash and cash equivalents on hand," per CNBC. Rolling $1.5 billion of that over to bitcoin is a pretty aggressive move to say the least. It cold mean massive returns for Tesla if things go well for the cryptocurrency. At the same time, it could result in a loss of a lot of money.

With that said, Musk seems to be trying to make sure it's the former rather than the latter. If you frequent Twitter, you've probably read his tweets related to crypto. Moreover, when Musk tweets, people act. He has already proven on many occasions that he can move markets via social media.

Check out these articles related to Elon Musk: 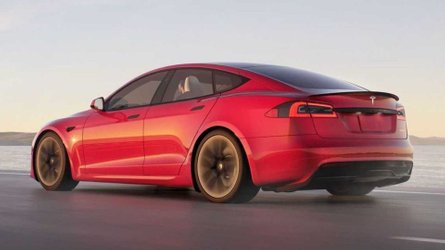 Elon Musk: 620-mile Tesla Roadster will be 'part rocket' & can fly 'a little'