Which off-roader takes the crown?

In a typical tug-of-war match, a vehicle’s weight is an important factor in determining which will win. Often, the heavier the vehicle, the likelier its chances of winning. That notion gets flipped on its head with a new Carwow video that pits the Jeep Wrangler Rubicon against two other boxy off-roaders – the new Land Rover Defender and the Mercedes-Benz G350.

The Defender failed in two attempts to defeat the Wrangler. The first match had the Defender set in its Auto mode, allowing the computers to figure out the best traction settings, though it failed to give the Defender a win. The second race had the Defender in its Mud-Ruts setting, which allowed it to do better against the Jeep, but it still wasn’t enough to win. The Defender is heavier, though other factors helped the Wrangler secure its pair of victories.

Don’t tug at my heart strings: 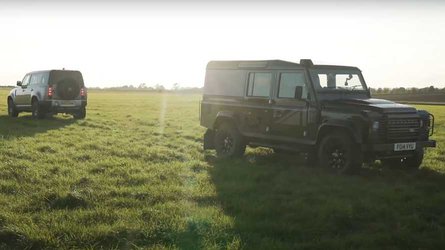 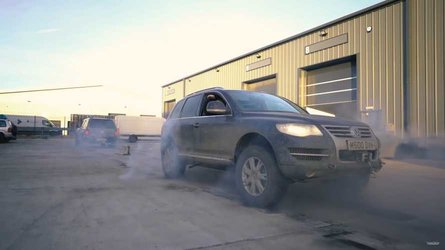 The G-Class was a different story, though. It’s heavier at 2.5 Tonnes (5,511 lbs) while sporting a large, more powerful engine – a 2.9-litre straight-six turbo diesel making 286 bhp (213 kW) and 442 pound-feet (600 Newton-metres) of torque. It’s not even a contest as the G350 has no trouble tugging the Wrangler behind, claiming victory over the Jeep. The Wrangler wore knobby tyres that may have helped it against the Defender, though they weren’t enough to defeat the G350. The G-Class had the weight and the power to win.