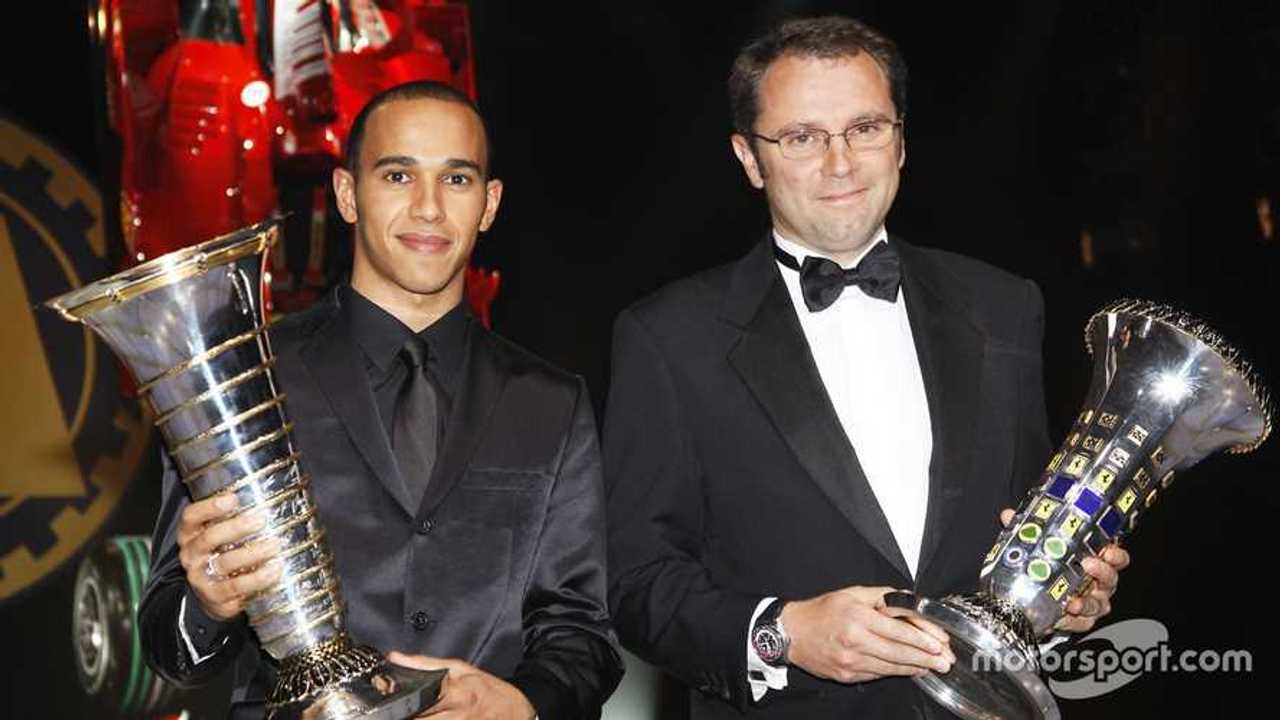 Stefano Domenicali says he hopes Lewis Hamilton quickly concludes a deal with Mercedes to stay in Formula 1, calling him an "incredible man" and praising him for bringing a “different dimension” to the series.

Hamilton clinched a record-equalling seventh F1 drivers’ championship in 2020 with Mercedes, but is yet to sign a new contract with the team for the coming season.

The British driver is widely expected to agree to a new deal in the coming weeks with Mercedes team boss Toto Wolff, but currently remains unconfirmed for 2021.

Mercedes junior George Russell has been tipped as an eventual successor to Hamilton at the team, having served as a stand-in for last year’s Sakhir Grand Prix after his compatriot tested positive for COVID-19.

Recently-appointed F1 CEO and president Domenicali said he is eager to have both drivers on the grid in the future, but hailed Hamilton’s non-sporting work as being a worthy addition to the championship.

“I had already many, many years in the past to manage drivers, to see what is the best one or the other,” ex-Ferrari team principal Domenicali told select media including Motorsport.com. "Both [Hamilton and Russell] are incredible drivers.

“Therefore, as soon as we will know what will be his future, I think that it will be great to see him fighting for something that no-one would have thought possible to achieve after the Michael [Schumacher] era.

“George has shown the potential, and as Toto was saying, he will be a future champion, no doubt. So it's a matter of having both so far for me, with my responsibility, because both they can do great stuff for Formula 1.”

Hamilton can move clear of Schumacher’s championship tally with another title in 2021, having already surpassed the German’s total of race victories and pole positions.

As well as sweeping to the championship last year, Hamilton also engaged in a lot of off-track work to condemn racial injustice and promote the Black Lives Matter movement.

Asked how important Hamilton was to F1’s global reach, Domenicali said: “Lewis for sure is a massive ambassador of Formula 1. He can also be seen as an ambassador of other values or other points that are really relevant."

Hamilton's future has been one of the main stories of the off-season, but Domenicali appreciated the 36-year-old has "an important decision for his life" to make.

The Italian added: “I really hope that we can have these announcements soon, because what he is going to fight for this year is something that from a sporting perspective is incredible.

“I can imagine the pressure and the dynamic on how we wants to reach this new record because that will be an incredible story to tell.

"The only thing I can say that I really hope that, personally, if they're still talking between Toto and Lewis, it's great.

“I just remind them that we have the first of the test and it is not important, but the first race will be the end of March in Bahrain. I really would like to see Lewis and Toto being together for that event.”