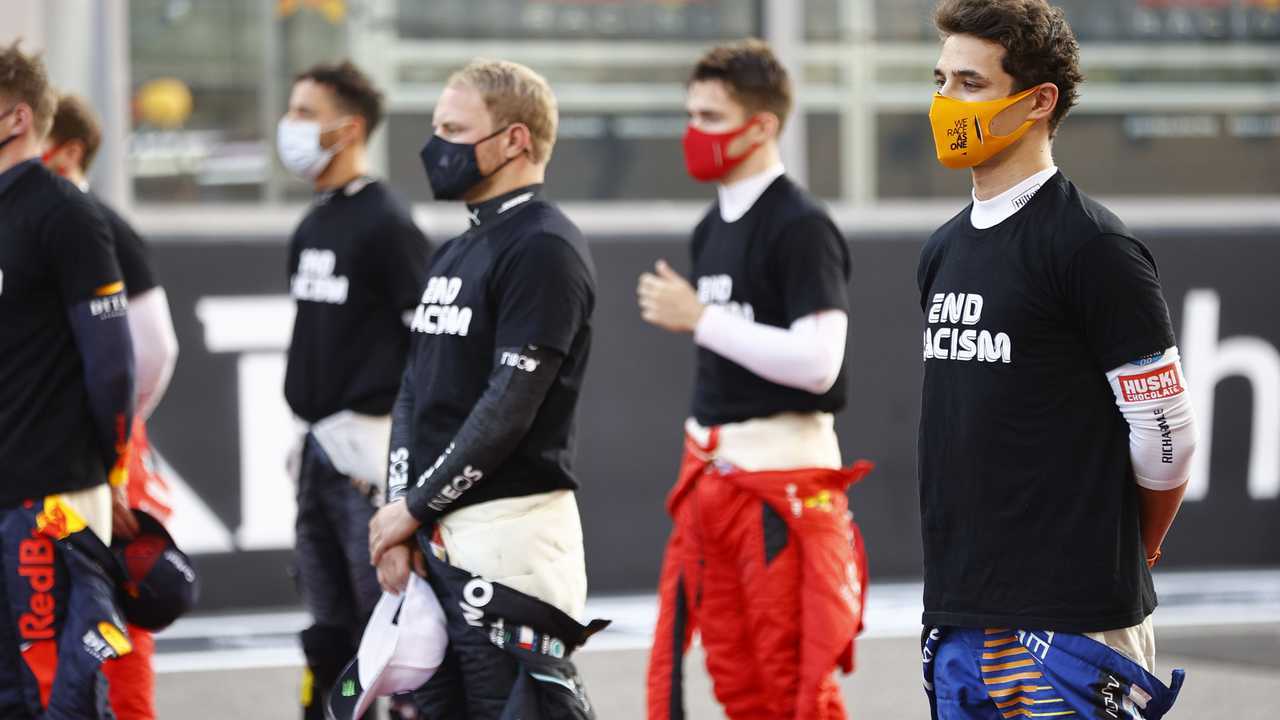 F1 is planning to hold a summit with drivers in Bahrain to discuss their roles in its messaging.

F1 has become more vocal in its wider messaging regarding social issues in recent times, launching its 'We Race As One' CSR programme last year and pledging to improve diversity.

Newly-appointed F1 CEO and president Stefano Domenicali said last month that the drivers had to be aware of their roles as the public faces of the series, giving them responsibility to further F1's messaging on social issues.

World champion Lewis Hamilton has led the F1 paddock in highlighting issues such as racial injustice and human rights, and is eager to work closer with the series' bosses in the future to improve diversity.

Domenicali said that Hamilton was "really very important" for F1 by highlighting such non-sporting issues, and that he planned to meet with all of the drivers face-to-face at the opening race of the 2021 season in Bahrain to discuss the matter further.

"I sent a letter to all the drivers personally, because I want to share with them how important it is that they understand that their value in being the positive ambassador of F1," Domenicali said during a roundtable with select media including Motorsport.com.

"I'm not only talking about the sport itself, but also the values on which F1 is to really focus, like We Race As One, and the diversity and sustainability projects that we want to share together.

"I've invited them for a meeting that we need to have as soon as possible physically. The target will be to have it in Bahrain, if it's possible, to really discuss and share this opportunity.

"We have never had, I would say in F1, so many fantastic drivers, young, talented, very strong, and we cannot lose the opportunity of making sure they understand they are more than drivers. They have a big responsibility because they are the face of the sport.

"They have to understand [the importance of] their behaviour, their words, and [that] we lead by example, is the approach I'm expecting to share with."

One of the biggest talking points relating to driver behaviour in recent months concerned Haas F1 rookie Nikita Mazepin, who uploaded a video of himself groping a woman's chest to Instagram in December.

Mazepin's actions were condemned by both the team and F1 itself, but Haas said that it had dealt with the matter internally.

"It was pretty clear, what he did, it was not acceptable, it's very straightforward," Domenicali said.

"He was apologetic. As a reaction to what he did, we need to make sure that in the discussion we're going to have, they understand that we cannot joke on certain things. It is not possible. They are too important not to understand they are role models, and they have to embrace that.

"That's something that we're going to discuss together, not only with him. At the appropriate time, I want to have a meeting with them to realise how important all of them are for our sport."