Yes, this motorcycle is made entirely out of chocolate 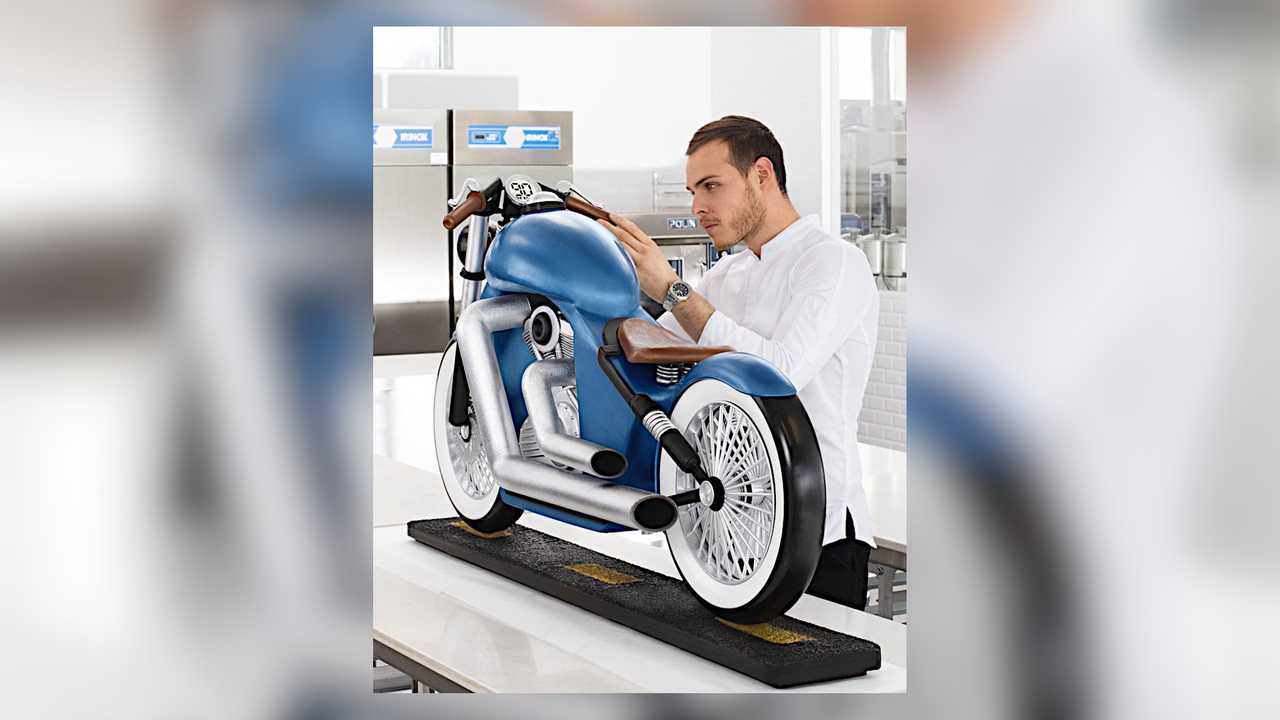 All the ganache, all the time.

[UPDATE] Video embedded above removed from YouTube - As a fellow Person on The Internet, let me ask you something: Are you familiar with the works of pastry chef and chocolatier Amaury Guichon? He showcases his impressive chocolate-sculpting talents in videos that often go viral, so it’s entirely possible that you’ve seen one even if you don’t remember his name.

Born and raised in Geneva, Switzerland, Amaury Guichon studied culinary and pastry arts in France, and currently runs the Pastry Academy—which he co-founded—in Las Vegas. He regularly posts photos and videos of his creations on Instagram, Facebook, and YouTube, where they continue to draw views from fans all over the world, and in perpetuity.

Anyway, if you guessed that his latest creation is a chocolate motorcycle, you’d be completely correct. In Guichon’s own estimation, this carefully crafted cruiser is the single most complex sculpture he’s assembled so far. That’s really saying something, considering that his past creations include things like this astonishing chocolate telescope.

The full video is a carefully edited time-lapse glimpse into how Guichon formed each and every part. From the cylinder heads to the tiny etching of his initials on the engine cases, every detail is intricate and precise. The only parts that aren’t made out of chocolate are instead formed from perfect sugarwork—such as the domed headlight.

For heaven’s sake, even the little road-shaped plinth that sits underneath the bike is chocolate. I was literally screaming at my computer when I realized that he’d used chocolate shavings to get the visual texture right for his chocolate asphalt. There is seemingly no detail too small to escape this man’s eye.

Guichon also made great use of an airbrush and what appears to be luster dust to get the colours just right. For those unfamiliar, this decorating powder comes in many colours and finishes, and is frequently used in chocolate and pastry decoration. It’s also completely edible, and can be mixed with alcohol (which evaporates) so you can apply it like paint to your creations. Ask your cake decorator friend if you don’t feel like you’ve heard enough about its wonders yet.

I mean, his skills speak for themselves and this bike sculpture is probably as delicious as it is stunning. If you run a pastry school, there’s probably no better way to pull in potential students—and it looks like the act of creation is pretty fun, too.