All in a day's work.

Dashcam videos were a veritable Internet sensation a few years ago, but nowadays it takes more than a crash in a Russian intersection to pass off as something we would consider to be newsworthy. A wild video has now emerged from Crimea, showing footage you’d normally expect to see in an action movie. It was all caught by a dashcam mounted inside a police car in Kerch, a city located east of Crimea.

On 30 January during the night shift, two police officers noticed what seems to be an old Audi A4 (B6) behaving strangely in traffic. Flashing the lights and using the siren wasn’t enough to convince the Audi driver to pull over, so the officers had no other way but to start a pursuit. He eventually stopped at a red light, but little did the policeman know it was only the beginning of a wild ride.

Presumably looking into the saloon’s side mirror, the Audi driver noticed the police officer approaching, and tried to make a run for it. However, his attempt was futile as the policeman promptly reacted by opening the door in an attempt to take control of the moving car. Clinging onto the vehicle’s door, the policeman successfully forced the driver to stop. 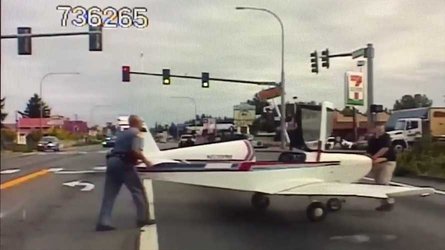 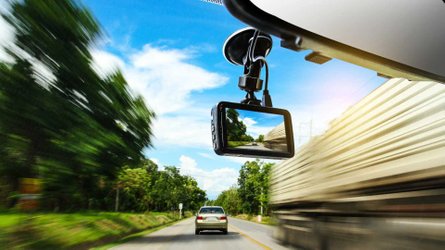 According to Russia’s Ministry of Internal Affairs website, the officer noticed the Audi A4 driver was showing “clear signs of intoxication.” The offender told the police he had borrowed the car from a friend to purchase something from the local store before deciding to hide from the cops after noticing their car. He refused to undergo a medical examination and is now facing several charges.

The car’s owner is also in a pickle because he allowed his friend to take the A4 out for a spin despite knowing he wasn't legally allowed to drive it. It’s unclear whether he didn’t have a driver’s license at all or it was temporarily suspended, but the fact of the matter is, he shouldn’t have gotten behind the wheel.