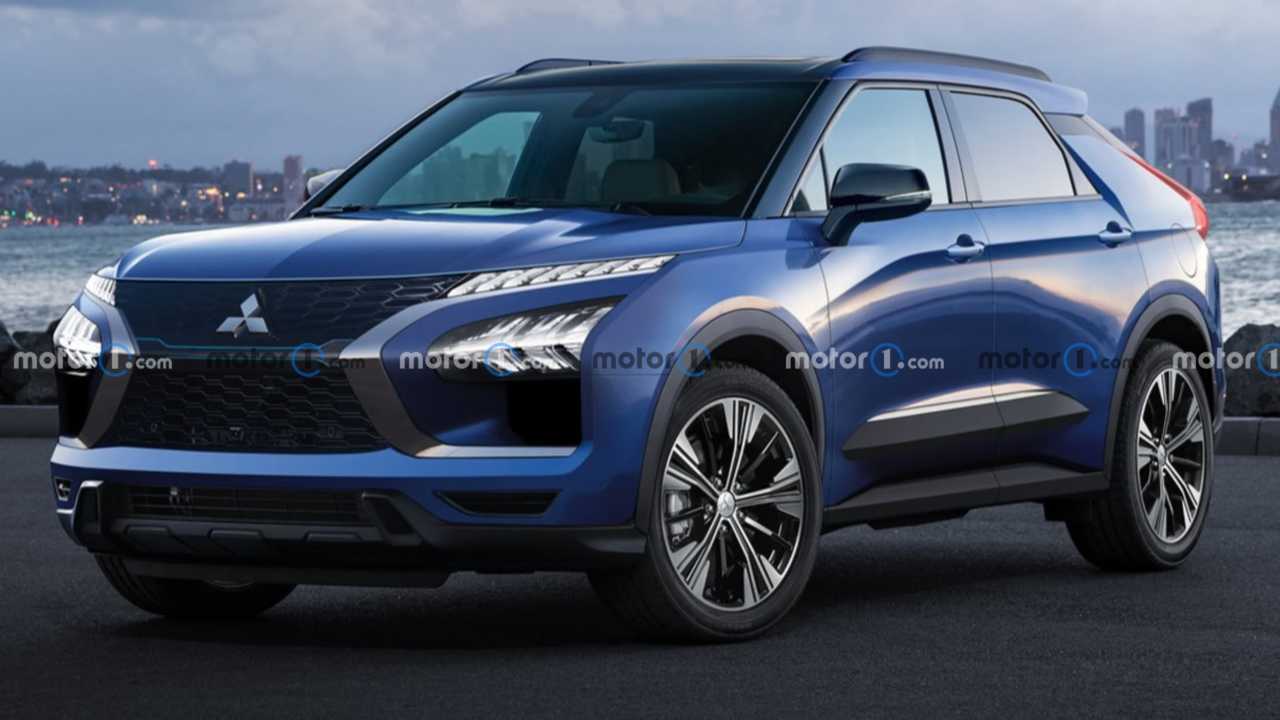 It should debut this year.

The Mitsubishi lineup is currently devoid of any performance vehicles to get enthusiasts excited, but this situation could change soon by adding a production version of the E-Evolution Concept to the range. This rendering from Motor.es imagines how the sporty crossover might look.

In comparison to the concept (below), the rendering of the production version has a significantly aggressive shape. The front end, at least, is similar by having two-tiered headlights with an arrow shape that point inward at the grille.

The E-Evolution Concept has a steeply swept windscreen, wraparound glass, suicide doors, and a floating roof that gives it a very futuristic appearance. Unfortunately, none of these elements appear on the rendering of the production version. It has a much more conventional appearance. While not nearly as aggressive, the raked C-pillar is a clear cue from the show car.

The interior would also more conventional on the production version of the electric crossover in comparison to the concept. The cabin would have modern amenities like a digital instrument cluster, a large infotainment system, and a separate display for the HVAC system.

The latest from Mitsubishi:

A rumour from Japan's Spyder7 suggests that the production version of the E-Evolution Concept debuts in 2021 and might be on sale in some markets during the same year. The powertrain reportedly consists of an electric motor powering each axle. The battery pack would allegedly provide a range of 311 miles (500 kilometres) on a charge. It likely rides on the CMF-EV platform that's also underneath the Nissan Ariya.

It's not clear whether Mitsubishi intends to stick with the E-Evolution name for the EV. Reviving the Evolution moniker for an electric crossover, when that name is already famous for use on the Lancer and Pajero, might not appeal to enthusiasts with more traditional tastes.