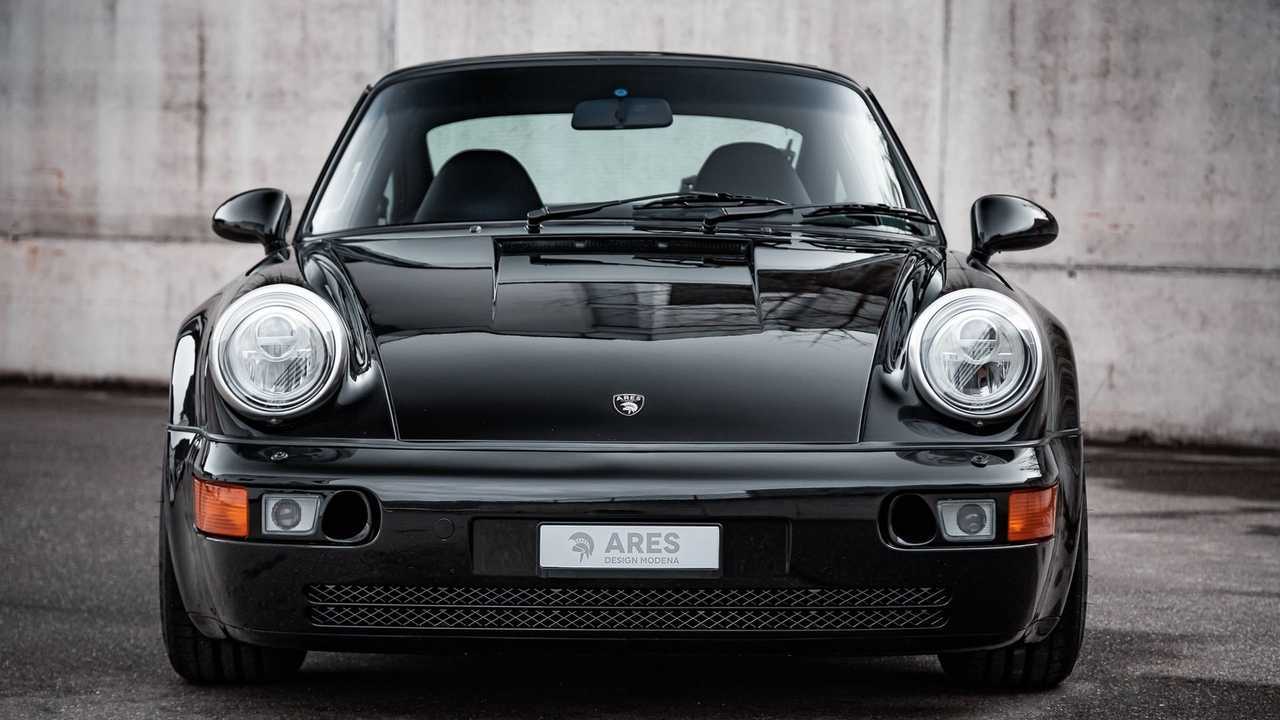 It's a one-off customer car.

2021 kicked off with a cool new V8-powered Land Rover Defender for Ares Design and the folks over from Modena have one more January surprise. A one-off Porsche 911 Turbo from the 964 generation is the tuning studio’s new project - and it is absolutely brilliant.

Build to fulfill “an enthusiast’s vision who wanted to realise his dream car,” the car features many visual and performance upgrades but manages to retain the original Turbo’s DNA. The most notable appearance modification has to be the added fixed ducktail spoiler mounted on the redesigned bonnet. It gives the coupe that retro vibe the 911 Carrera 2.7 RS has.

Another touch in the same direction is the set of new wheels. The two-tone silver-black alloys have a design that’s reminiscent of Fuchs rims used in the same Carrera 2.7 RS from the mid-1970s.

Inside the cabin, the interior has been reupholstered in leather and tartan fabric. New decorative elements on the dashboard and doors have also been installed. Even Porsche’s dedicated infotainment system for classic cars has been added on the centre console along with new gauges on the instrument cluster.

Finally, Ares Design has made tweaks to the car’s 3.6-litre turbocharged engine. More precisely, they’ve added a larger turbo and intercooler, increasing the factory output of 360 bhp (268 kilowatts) to 425 bhp (316 kW). Unfortunately, the tuners are not providing details about the coupe’s performance capabilities after the performance upgrade. No pricing details are available either but you won't be able to buy this car - it's a one-off customer order.