The BMW X2 is the sportier, more stylish alternative to the subcompact X1 and the compact X3. In the range-topping M235i trim specifically, the pint-sized crossover offers 301 bhp (225 kilowatts), all-wheel drive, and aggressive looks. But reports suggest that BMW might be taking the X2 in a slightly different direction come 2023.

With a brand-new BMW X1 slated for arrival in 2022, a new X2 could show up the following year with many of the same features. We've already seen the X1 in spy photos (pictured below) showing off its more substantial size and with multiple powertrain options: petrol, plug-in, and fully electric. The new X1 will use a front-drive-based modular architecture (with all-wheel drive available as an option), and according to AutoBild, the X2 should adopt nearly all of those same cues.

When the new BMW X2 arrives in 2023, expect it to be larger than the current model. The modular architecture underneath the X1 is larger, so expect the X2 to also grow slightly. Both gas and plug-in powertrains should debut on the X2 early or at launch, with the possibility of a fully electric iX2 joining the range down the line. The new plug-in model should exceed the current X2 xDrive25e, which offers 35 miles of electric range.

Stylistically, the new X1 and X2 will have bigger kidney grilles, however, those kidneys will extend horizontally unlike the gaping vertical units in the 3 and 4 Series. Spy shots of the X1 show that the new kidney grilles on these two crossovers will likely extend horizontally rather than vertically. Both crossovers will also get slim LED headlights and larger running lights below that, something similar to what we've seen on spy photos of the upcoming X7 facelift. 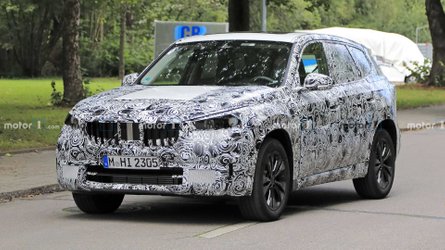 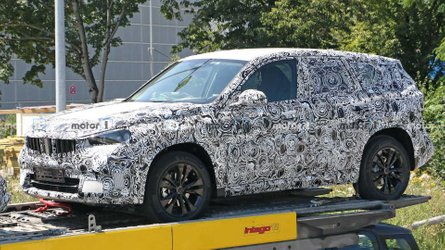 Unfortunately, we won't know all the details until the new BMW X2 officially shows up, likely sometime late in 2022. As for the new X1, we could see that crossover as early as this year.