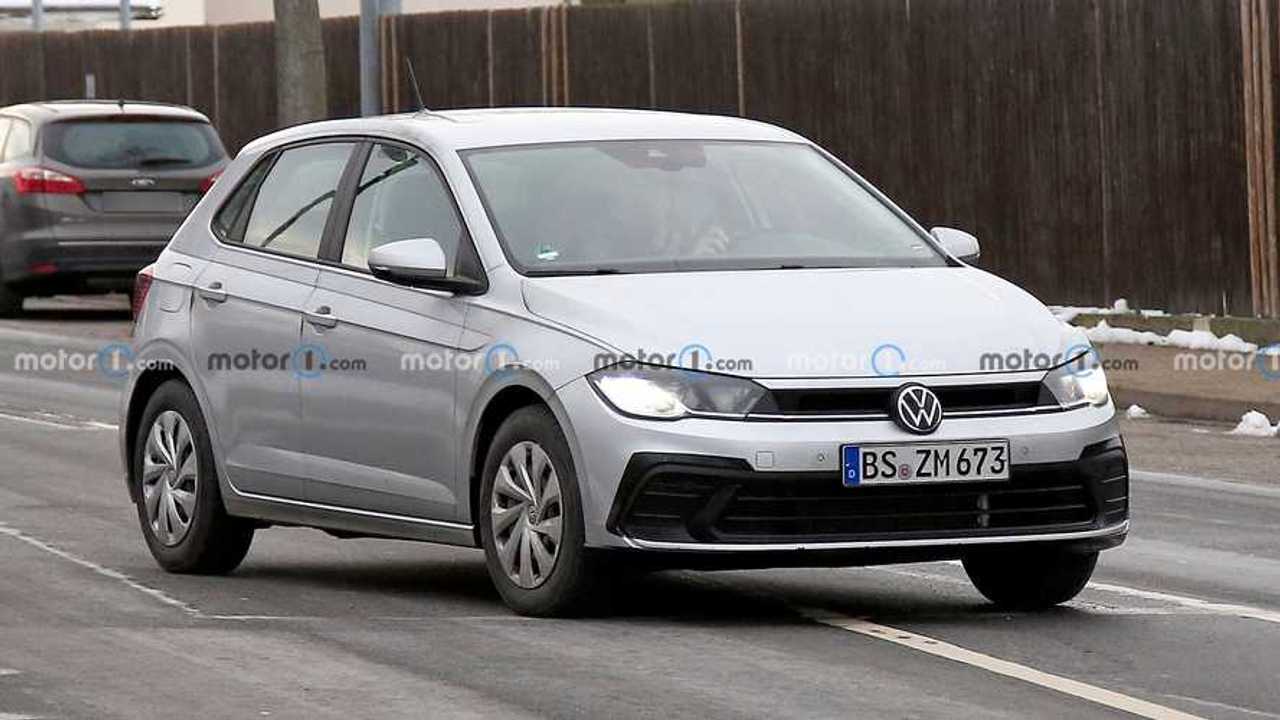 2021 will be the year when the Volkswagen Group will update two of its Eurocentric superminis by launching an all-new Skoda Fabia while giving the VW Polo a mid-cycle facelift. Our spies have now caught the German subcompact hatchback testing as a cleverly disguised prototype. Much like its sibling from the Czech Republic, the Polo had camouflage finished in the same colour as the body to make the prototype look unchanged.

However, a closer inspection reveals the test vehicle had quite a lot of camo to conceal the design changes prepared for both front and rear bumpers. The headlights are covered up with stickers, hiding a new look similar to what we’ve seen on the Golf 8 and Tiguan facelift. By the looks of it, VW is also making some changes to the grille, but nothing to write home about.

The back of the car is a tad more interesting as the two bulges on the tailgate suggest the 2022 Polo is getting wider taillights with the clusters extending on the hatch. We don’t know for sure whether that’s going to be the case, but VW could be looking to bring the B-segment hatchback in line with the bigger Golf.

As for those ghastly exhaust tips, they’re obviously fake. They seem to be larger than those of the current Polo R-Line and suggest the annoying design trend is not going away anytime soon, at least not at the VW Group. With steel wheels and a mundane silver paint, the prototype doesn’t look particularly exciting, but the amped-up GTI variant should fix that.

Czech out its Skoda sibling:

2021 Skoda Fabia spied with production body for the first time

It’s unclear what sort of changes the facelift will bring underneath the bonnet, but VW could be looking to give the Polo a mild-hybrid setup to cut fuel consumption and emissions. Inside, updates to the digital instrument cluster and infotainment are likely on the cards, along with more technology developed for cars built on the MQB A0 platform.

Logic tells us the next-gen Fabia will be out first, with the Polo facelift arriving later this year. While the VW will remain a hatchback-only affair, its Skoda twin will once again spawn a more practical estate derivative. However, we’re hearing the Fabia Combi won’t switch to the next generation until late 2022 / early 2023.