A slight drop in official emissions has seen prices drop by almost £300.

Citroen has cut the price of some Grand C4 SpaceTourer MPVs by almost £300, thanks to a reduction in emissions for 2021. The entry-level 1.2-litre petrol engine that powers the seven-seat family bus will see its CO2 emissions fall slightly in March, cutting the road tax rate and reducing the asking price.

In essence, Citroen will fit automatic versions of the PureTech 130 petrol engine with a new battery and the fitment of a new high-efficiency alternator. As a result, vehicles built from March 2021 will boast a 3 g/km reduction in carbon dioxide emissions.

This tiny drop in emissions for the 1.2-litre, three-cylinder engine has cut the first year’s Vehicle Excise Duty (colloquially known as ‘road tax’) by £285. That means the on-the-road price has fallen yet again, following on from price cuts announced last month as part of Citroen’s ‘Fair Pricing’ scheme.

That means the PureTech 130 EAT8 automatic model now starts at £27,820 – around £1,600 more than the equivalent manual version. It also means company car drivers, for whom emissions dictate tax rates, will pay less as ‘Live’- and ‘Sense’-specification cars built in March will be in a lower tax band than those currently in production.

As part of the December range restructuring, the Grand C4 Spacetourer got three new trim levels, with Live marking the entry-level proposition. As standard, the £26,210 asking price includes a 12-inch panoramic HD central display, a seven-inch touchscreen and rear parking sensors, as well as satellite navigation.

Moving up to the mid-range Sense model gets you a reversing camera, tinted side and rear windows and keyless entry, as well as some safety gadgets. Top-of-the range Shine models, meanwhile, get a big panoramic glass sunroof, Xenon headlights and an electrically operated tailgate. 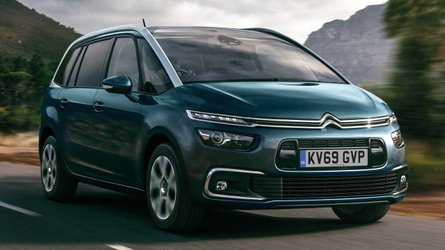 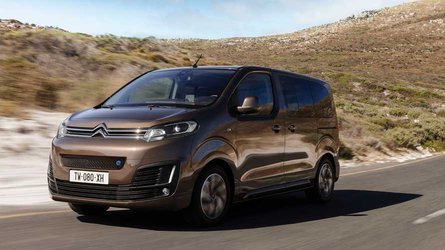 Customers get the choice of three engines, all of which have similar power outputs. The cheapest option is the 129 bhp PureTech 130, which comes with a choice of manual or automatic transmissions, but there’s a similarly powerful diesel called the BlueHDi 130. Live models only offer the diesel engine in conjunction with a manual gearbox, but more luxurious versions offer the eight-speed automatic option.

The seven-seat Grand C4 SpaceTourer, once known as the Grand C4 Picasso, is available to order now with prices starting at £26,210. However, only cars built after the end of February will benefit from the emission-cutting battery and alternator system.