Listen to Toyota fire up the engine of its LeMans hypercar

A reincarnation of the homologation special?

So it’s 2021 now and the new seasons of motorsport are upon us. Regardless of when everything will start up again due to a resurgence of Covid, everyone is still gearing up for the green flag. As such, Toyota recently published a soundbite of the startup of its LeMans Hypercar.

The Japanese automaker doesn’t reveal the engine layout, but as we’ve previously covered the Toyota GR Super Sport concept – a road-going version – that was teased in 2018 with a mid-mounted 2.4-litre twin-turbo V6, we can only guess that the race car will feature something similar. Power output will likely be at the top end of the 600 bhp mark as the new LeMans Hypercar rules limit competitors to 671 hp.

Another stipulation in the rules is that 20 road-going versions of the racecar must be made. Not so long ago, this gave us fantastic automobiles like the Mercedes-Benz CLK GTR and Porsche GT1 – and the GR Super Sport is no exception. 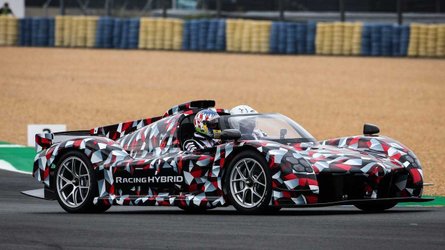 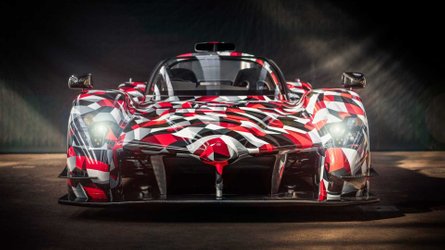 Semantics aside, the new regulations are aimed at leveling the playing field and cutting costs for smaller teams. Along with bringing more manufacturers to the premier endurance racing series, the alterations could mean the end of the big three – Porsche, Audi, and Toyota – dominating the podium at LeMans. Let’s wait and see, but the Japanese automaker looks very confident with its efforts.

Regardless, Toyota has already tested its hypercar racer at Paul Ricard race circuit with great success. While it’s unfortunate to see the end of the TS050 storybook, the future of endurance racing is looking incredibly exciting.