Back to the future: rally edition.

Keen readers will likely know that photographer and automotive enthusiast Larry Chen has a soft spot for the Fairlady Z. As such, the latest episode of Hoonigan AutoFocus features a deep dive on Chris Forsberg’s 370Z rally car that was built as an homage to the Datsun 240Zs that competed in the Safari Rally back in the 1970s.

To the uninitiated, the event was a fearsome test of driver skill and reliability. Along with putting East-Africa on the global motorsport map, it earned its title as one of the toughest rally events in the world. Winning it was such a feat that it was seen as the equivalent of three regular-season victories.

With the reputation of the event and the fact that the 240Z had won it outright in 1971 and 1973, it goes without saying that Forsberg and company had big shoes to fill. You might be curious why the Z Proto wasn’t used as the base, but unfortunately, the project was initially tasked to be shown off at the 2020 SEMA show in Las Vegas – put on ice thanks to the pandemic – and only one had been built. Therefore the 370Z stepped in as tribute.

You’ll likely notice that the team expertly matched the aesthetics of the original rally racer. Styling cues like the black bonnet, rally-lights, and racing wheels will likely stick out upon first glance, but the classic inspiration cuts much deeper. One very simple yet effective addition that struck a chord with us was the grab handle on the rear-hatch; rather than being an extra contact point to get to the spare tyre, it was actually used to give the co-driver leverage when getting the car unstuck.

Dare to be different: 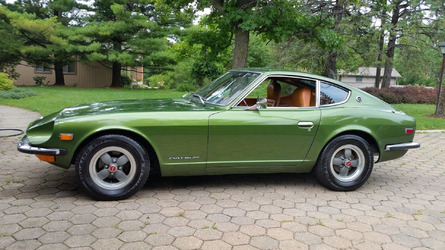 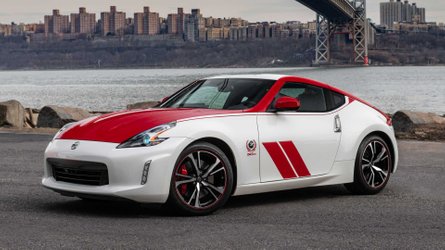 Contrary to the ethos of most project cars, this retro-modern creation is built to full ARA (American Rally Association) spec. It hasn’t entered any proper rallies, but could roll up to the start line ready to go. As such, it doesn’t have a ridiculous amount of horsepower – just like the original which only produced around 215 bhp (160.3 kilowatts) – and has only been fitted with a new exhaust system and drop filters.

The Safari Rally may seem insignificant to most, but the early stages of the race attracted rallying legends like Hannu Mikkola, Ari Vatanen, and even Carlos Sainz Sr. The event was set to make a return to the WRC calendar in 2020 but was put on hold indefinitely due to Covid.