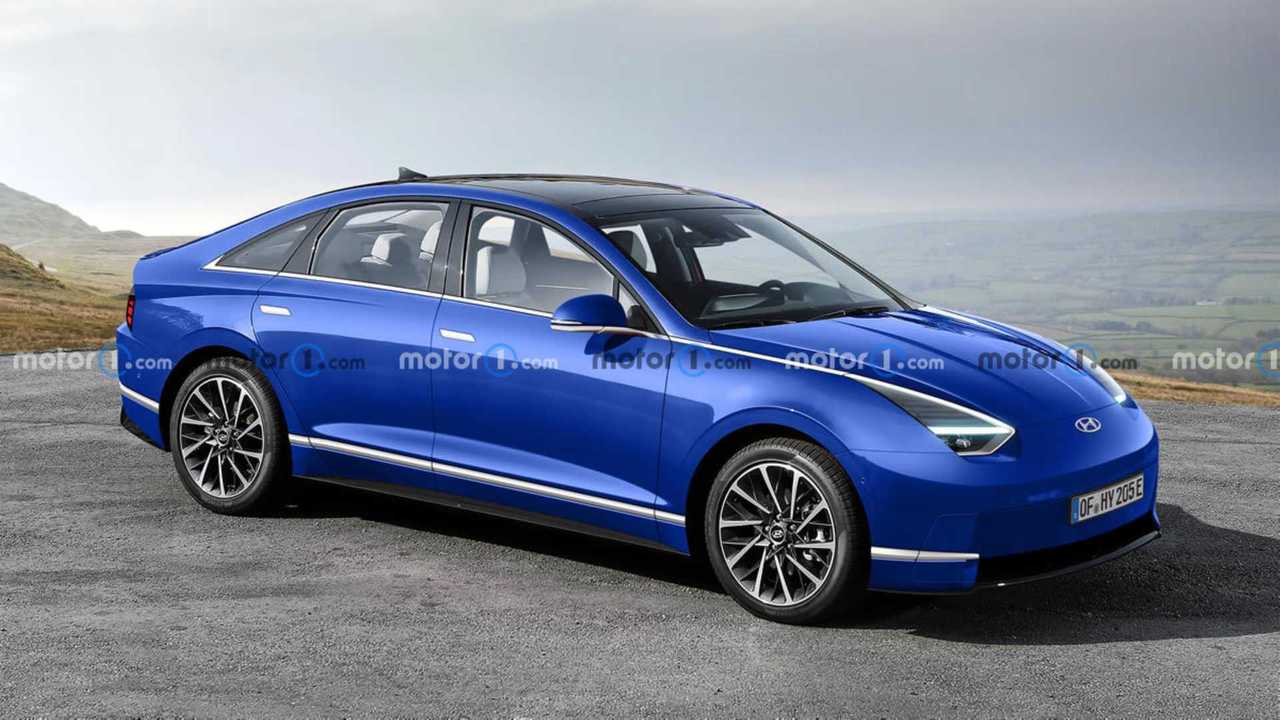 Following the upcoming launch of the Hyundai Ioniq 5, the next model from the company's EV sub-brand is the Ioniq 6 saloon. This new rendering from Motor.es imagines how the four-door might look when it finally arrives.

Compared to the angular styling that we're expecting from the Ioniq 5, this rendering of the 6 gives it a sleek appearance. The most eye-catching element is that bit of trim that runs from the top of the headlights, through the wings/fenders, along the windows, and finishes at the D-pillar.

The design also features an arched bonnet and only a tiny opening in the lower fascia. Since this is an EV, the huge cooling inlets for a combustion engine aren't necessary. The stylists can experiment with new ways to sculpt a vehicle's face.

When Hyundai announced the Ioniq sub-brand, the company said the 6 had styling inspired by the Prophecy concept (gallery above). While there are certainly similarities with this rendering of the production car, the show car has significantly more svelte styling. The arched shape is even more pronounced particularly along the windows.

The Ioniq 5 and 6 both use Hyundai's Electric-Global Modular Platform (E-GMP) architecture. The specs for the 5 include a dual-motor powertrain making 308 bhp (230 kilowatts) and a  58-kilowatt-hour battery providing a WLTP range of 280 miles (450 kilometres). An optional 73-kWh pack pushes the distance to 342 miles (550 km). Assuming the same powertrain specs for the 6, it's slippery shape might cut through the air more efficiently and go a bit farther on a charge.

The Ioniq 6 doesn't arrive until 2022, which is a year after the 5 goes on sale. In 2023, the EV sub-brand gains a larger crossover that follows the naming scheme by being the Ioniq 7.