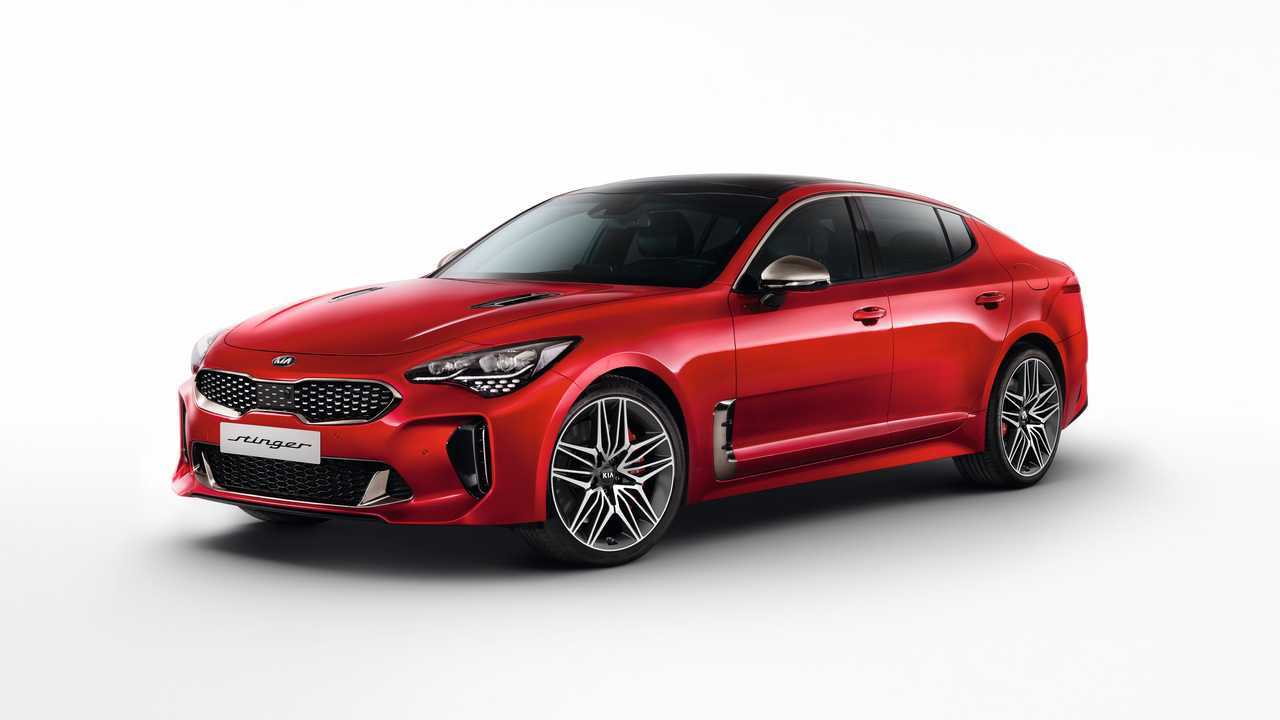 The lowlier petrol and diesel engines are gone, leaving you 'stuck' with a 3.3-litre V6.

Kia’s updated Stinger GT S grand tourer is now available to pre-order in the UK, with prices starting at £42,595. As part of its mid-life facelift, the svelte fastback has lost its lower-powered 2-litre petrol and 2.2-litre diesel options, leaving customers with a 3.3-litre petrol engine.

Still, it isn’t all bad, because the twin-turbocharged 3.3-litre V6 comes with 361 bhp – all of which is sent to the rear wheels via an eight-speed automatic gearbox. That means the sprint from 0-62 mph takes a mere 4.7 seconds, and the top speed is 167 mph. The only downsides are the 28 mpg economy and the 229 g/km CO2 emissions.

Aside from the thunderous V6 engine, new Stinger customers will also benefit from the updated car’s reprofiled exterior and upgraded cabin. Externally, the facelifted car comes with a new light signature with tail lights that span the width of the vehicle. New rear indicators are arranged in a motorsport-inspired chequered pattern, and there’s a new 19-inch alloy wheel design, as well as a new shade of blue.

Inside, Kia says it has made “subtle visual, material and textural enhancements”, with a new metallic finish to parts of the steering wheel, a frameless rear-view mirror and Kia’s upgraded 10.25-inch touchscreen infotainment and navigation system. That system also comes with a standard-fit Harman/Kardon sound system, as well as connected technology allowing access to traffic, speed camera and weather information.

Other standard features include the Android Auto and Apple CarPlay smartphone integration systems and a wireless phone charger, as well as a seven-inch digital display inside the instrument cluster. There’s also a head-up display to project vital information on to the windscreen.

More on the new Kia Stinger:

Those high-tech additions are joined by a 360-degree manoeuvring camera that gives the driver a bird’s-eye view of the vehicle and the surroundings. That system works in tandem with the front and rear parking sensors to assist drivers fitting into tight spaces. And once you’re in the parking space, there’s a powered tailgate to open and close the boot.

All that is supplemented by a fleet of driver assistance systems, including a system to help keep the car in the middle of its lane on the motorway and a cruise control system that maintains a safe distance to the car in front. An emergency braking system features, too, automatically applying the brakes if the car detects an impending collision, and there’s even a system that warns you if you unwittingly leave pets or children in the rear seats.

The new Kia Stinger is available to pre-order now, with prices starting at £42,595.