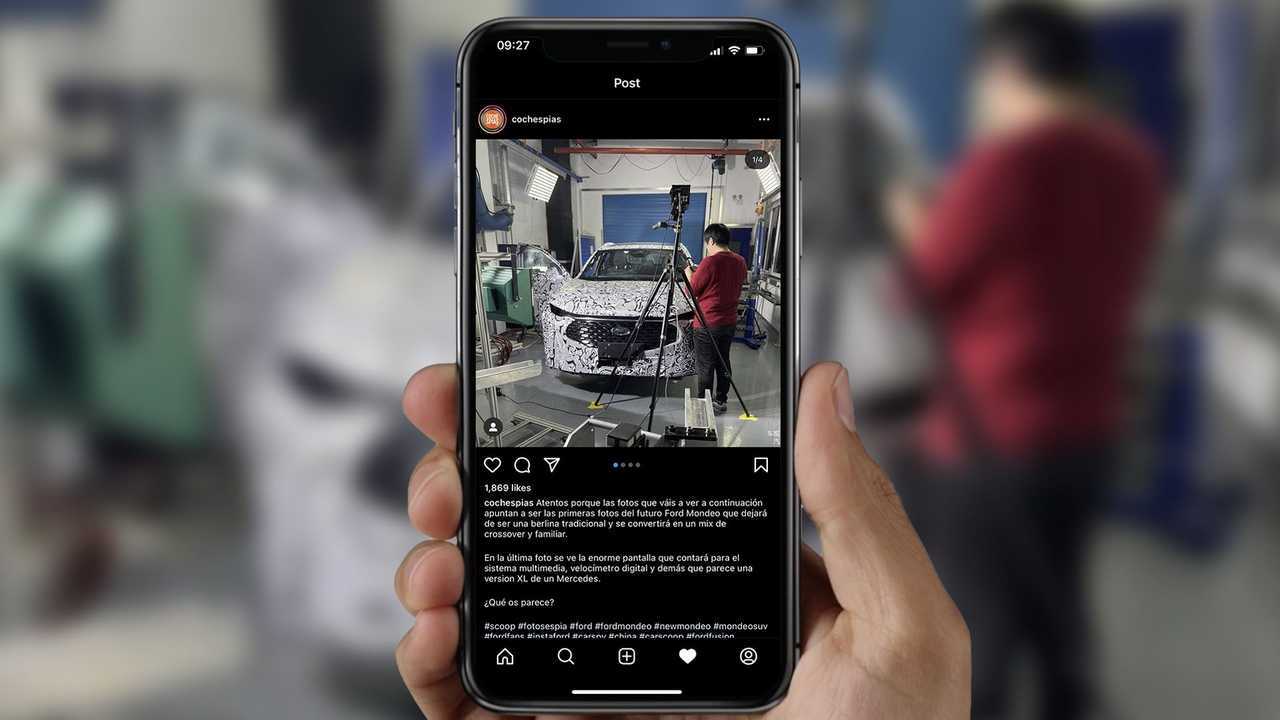 The cabin will be polarizing, that's for sure.

Ford may have officially killed the Fusion in the United States last summer in favour of more profitable SUVs and crossovers, but that doesn't mean that it's the end of the line for the Mondeo's American cousin.

In fact, reports of a rugged, crossover version of the duo, allegedly taking the Active suffix, have emerged as early as 2018, and this is probably our first look of the actual vehicle – albeit still wrapped in swirly camouflage. These alleged leaked images are from cochespias on Instagram, showing the Mondeo Active before you're supposed to.

As seen on the leaked images above, the Mondeo Active carries the familiar Blue Oval fascia but with a bit of heft. The concealment failed to hide the narrow headlights, though most of the details aren't discernable.

Browse through the other images on the post above and you'll see the crossover from other angles. As the Ford Mondeo Active is reportedly pegged to become a Subaru Outback rival, the rear images show its lifted estate nature. After all, the Outback is practically a lifted Legacy estate, so we're pretty much seeing the same pattern here.

Fortunately, the set of leaked images above include a shot of the Mondeo Active's cabin. This is where it gets interesting as the photo shows a massive horizontal screen that spans across the fascia. While this isn’t exactly new in the automotive industry, we figured that it will be a talking point among enthusiasts and future buyers alike.

We'll more likely witness the official unveiling of the Mondeo Active crossover within next year. Info is still scarce at this point, but we won't be surprised if the lifted estate will carry a hybrid powertrain or even a different name for the U.S. and European markets.