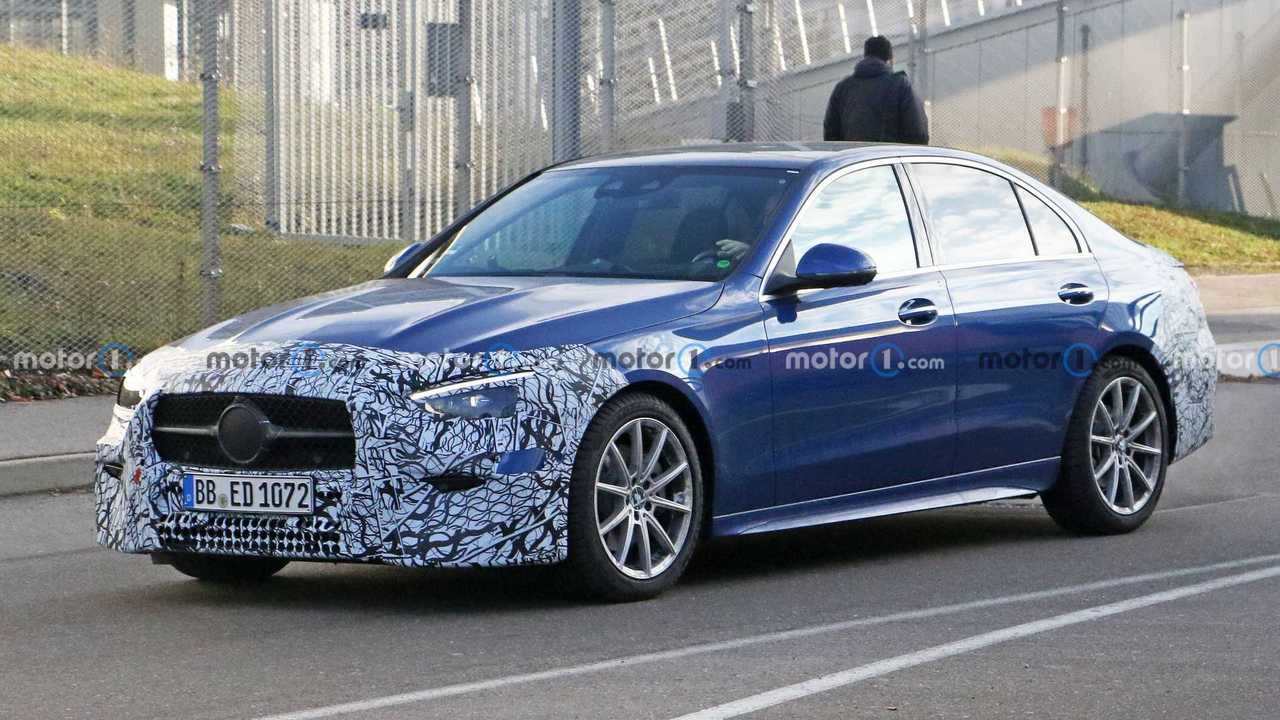 Mercedes hasn't said when the W206 will debut, but it can't be much longer.

The new Mercedes C-Class Saloon is one of the most popular cars in the camera lenses of our spy photographers as the W206 has been spotted testing on countless occasions. The official premiere must be right around the corner as the camouflage is continuing to drop, revealing more and more of the production skin.

Case in point, the three-pointed star was spotted putting the finishing touches on its revamped 3 Series competitor by testing a prototype that seemed virtually ready for its hotly anticipated premiere. Even with the makeup, the most important styling changes over the W205 are visible. It’s getting a sharper front end with slimmer headlights and possibly an enlarged grille, while the back hosts horizontal taillights as seen on virtually all the other recent Mercedes saloons.

It’s certainly not going to be a great departure from its predecessor, but then again, neither is the new S-Class despite its completely revamped interior. The C-Class is also going through some major changes inside where it will finally eschew the tablet-styled infotainment for a touchscreen neatly integrated into the dash. It won’t have the same fancy setup as the W223, but that’s to be expected given the positioning of the two models in the lineup.

While the S family has been simplified with the axing of the coupe and convertible, the C lineup is expected to grow and include an All-Terrain derivative to take on the Audi A4 Allroad. The lifted estate should allow the C-Class to put up a better fight against the SUV onslaught, including Mercedes’ own GLC.

2021 isn’t looking any better in terms of auto shows due to the ongoing coronavirus pandemic, so there’s a good chance Mercedes will unveil the new C-Class at a standalone event. With most of the disguise off, it likely means an official reveal is scheduled to take place in the coming months.

Logic tells us we're going to see the saloon first, with the estate likely arriving shortly thereafter and then the two-door models. The sporty AMG C53 and C63 are probably earmarked for a 2022 reveal and are rumoured to come only with electrified four-cylinder engines to the despair of those who believe there’s no replacement for displacement.