Watch Baja-winning Boot get detailed back to showroom new

Normally when we see an AMMO NYC video, we expect to see a priceless supercar receive delicate treatment to transform it from filthy to fine. However, it turns out that this instalment is a bit different as it features a detail and showcase of the road-legal Glickenhaus Boot – a V8 powered Baja offroader.

For the uninitiated, James Glickenhaus is a movie-producer turned petrolhead. Therefore, you might not be surprised to hear that this machine is inspired by the 1960s ‘Baja Boot’ driven by Steve McQueen. The modern version is aimed at being able to pre-run and compete at Baja while being fully road-legal – think of it then as the offroad equivalent of a Porsche GT3 RS.

Just as you’d expect, almost every square inch of this vehicle can be power washed to rid it of pesky dirt – even bits of the interior, as this is a proper Baja racer that isn’t afraid to get dirty inside and out. Following a brief powerwash and foam treatment, the initial layer of muck was swiftly gone.

After decontaminating the car of all its dirt and dust, the polishing commenced. We’d be remiss not to mention that this vehicle was a test mule for the Baja Boot, meaning it has seen lots of hard miles on and off-road. As such, the paint is in expectedly rough shape. To refresh the exterior to its former glory, detailing genius Jason Rose takes to one of the front-wheel cowlings to demonstrate his expertise. 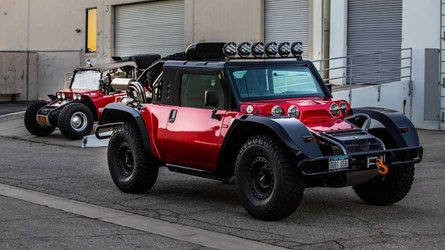 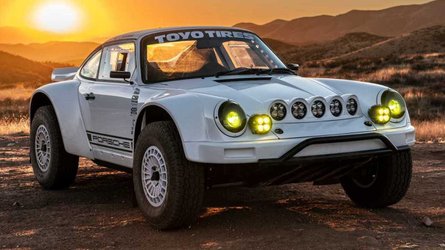 Like every vehicle AMMO NYC takes its hand to, the goal is to not only massage the paint but also to protect it; keen readers will likely know that if you prevent dirt from sticking to the body in the first place, it becomes much easier to keep everything clean.

The end result is absolutely stunning – so much so that you’d almost hesitate to get it dirty. However, we all know that would be an automotive crime not to get the Boot filthy again.