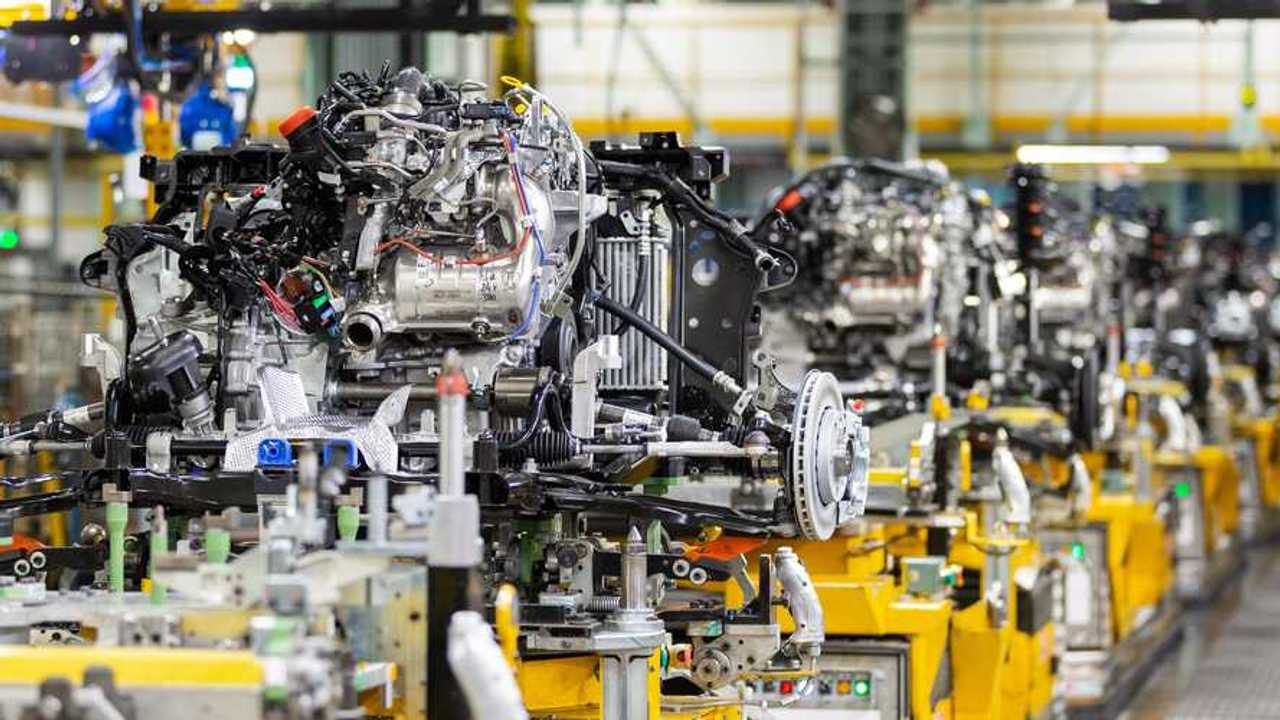 But industry body says that doesn't tell the whole story.

The UK car manufacturing sector appeared to stabilise in November as a turbulent 2020 draws to a close, with new figures showing only a small drop in output. However, a leading industry body has warned against complacency, suggesting the data doesn’t tell the whole story.

According to figures from the Society of Motor Manufacturers and Traders (SMMT), just over 106,000 new cars were built in the UK last month. That’s a 1.4-percent drop compared with November 2019, when 107,744 cars rolled out of UK factory gates.

In the context of a year that has seen production effectively wiped out at times by lockdowns, that doesn’t look so bad. However, the SMMT says “precautionary factory shutdowns” enacted in anticipation of a potential ‘no-deal’ Brexit on October 31, 2019 meant last November’s output was already reduced.

The headline figure also hides worrying trends in the domestic market, where demand for British-built vehicles fell by more than 10 percent. However, the industry has always been heavily reliant on exports, so that reduction amounted to just under 2,000 vehicles.

Stable demand from abroad saw exports increase slightly compared with November 2019, rising 0.3 percent to 90,597 vehicles. Although only a 500-vehicle increase, it went some way to wiping out the poor performance of the domestic sector.

Over the course of 2020, the industry has been rocked by the coronavirus pandemic, with factories shutting down in the spring before gingerly reopening in the summer. As a result, output lags far behind the levels seen in 2019, with just over 849,000 new cars built in the UK during the first 11 months of 2020. At the end of November 2019, that figure stood at more than 1.23 million.

With output down 31 percent on last year’s performance, the SMMT has called on the government to ensure a free trade agreement is struck with the EU to avoid a “New Year nightmare”. The organisation’s chief executive, Mike Hawes, said tariff-free trading was now more important than ever.

“Yet another decline for UK car production is of course concerning, but not nearly as concerning as the New Year nightmare facing the automotive industry if we do not get a Brexit deal that works for the sector,” he warned. “With just nine days to go, the threat of ‘no deal’ is palpable and the sector, now also reeling from the latest coronavirus resurgence, Tier 4 showroom lockdowns and disruption at critical UK ports, needs more than ever the tariff-free trading arrangements on which our competitiveness is founded.

“It is finally make or break time, as being forced to trade on WTO terms would be a hammer blow for many automotive businesses, workers and their families, so we must get a deal – and one that avoids the devastation of punitive tariffs for all automotive products, from day one. For the long-term survival of UK automotive, there is quite simply no other option.”

More on the state of the UK car industry: