The average EV insurance premium is £89 lower than the average petrol or diesel premium.

According to CompareTheMarket.com’s research, the average insurance premium for EV drivers over the past year stands at £629, £89 lower than the average premium for petrol and diesel cars, which comes in at £718. And EV premiums have been even lower this year, bottoming out at £592 in April 2020, at the height of lockdown.

However, the average electric car insurance premium peaked in December 2019, rising to £691 a year. But that’s still cheaper than the average price of insurance for petrol and diesel cars across the past year.

Yet the data shows the average cheapest premium CompareTheMarket found for EV-driving customers was £527 a year. That means a driver who switched from the average premium for a petrol-powered car to the cheapest EV premium could save £191 a year.

The news comes after data from the Society of Motor Manufacturers and Traders (SMMT) showed a vast increase in the popularity of electric cars. In September 2019, battery-electric cars made up just 2.2 percent of all new car sales, but that rose to 6.7 percent in the same month of 2020.

The government has also announced the ban on the sale of new petrol and diesel cars will be brought forward to 2030. Originally scheduled for 2040, the ban is expected to herald a marked increase in the market share of EVs over the coming decade.

“Although electric cars represent a small proportion of the total car market, the popularity of greener vehicles is growing at a rapid rate,” he said.

“When the technology initially emerged to challenge the status quo, the cost of electric cars acted as a deterrent with prices significantly higher than traditional models. However, our data indicates that electric cars bring significant financial as well as environmental benefits, which will be welcome news given the target to phase out new petrol and diesel cars by 2030. For those looking to save money or considering buying a new car, switching to an electric car could be an attractive option considering the savings on insurance, fuel and tax.”

More on electric car uptake in the UK: 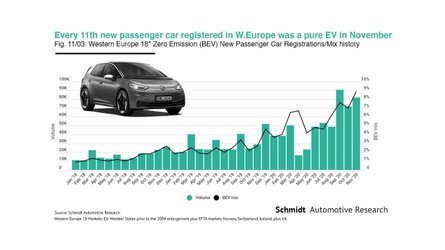 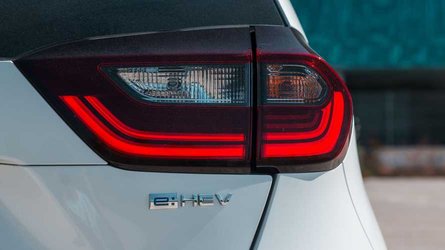 Hybrid sales are rising much faster than EV sales, but there's a catch
By: James Fossdyke
++