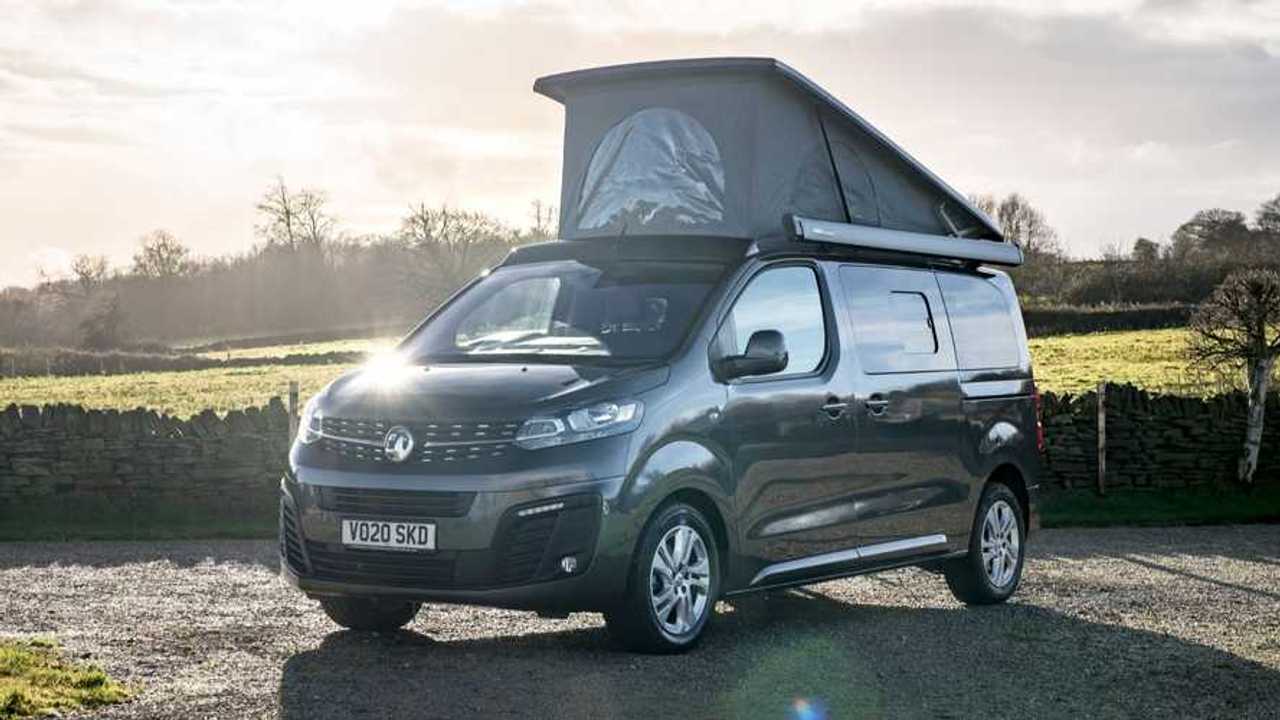 Vauxhall has revealed a new camper van based on its popular Vivaro, which will rival the VW California and Ford Transit Custom Nugget. Set to go on sale early next year, the van will come with an asking price of around £46,000, which gets you a fully converted vehicle complete with a kitchen and heating system.

The four-seat vehicle has been fitted out by Wellhouse Leisure, a company based in Barnsley, South Yorkshire. As part of the conversion, the Vivaro gets a kitchen with two hobs and a 25-litre compressor fridge, as well as an on-board water tanks, 12- and 240-volt power units and an elevated roof with an optional upper roof bed.

That supplements the standard folding bed on the van floor, as well as a leisure battery and a 100-watt solar panel to help power and recharge appliances. Both the driver and passenger seats have a swivel function, while buyers can also choose a fifth swivel seat from the options list.

But underneath all that, the new camper van is essentially just a Vivaro in Elite specification, which means you get 17-inch alloy wheels, front and rear parking sensors and a rear parking camera. The vehicle comes with a head-up display, cruise control and satellite navigation, too.

And despite the conversion, the vehicle still comes with its three-year/100,000-mile warranty thanks to Wellhouse Leisure’s manufacturer-approved work. The company, which has been converting vehicles for more than 15 years, also builds its vehicles to meet the rigid second-stage European Whole Vehicle Type Approval (EC WVTA) criteria.

More on camper vans in the UK:

The new Vivaro camper follows a great influx of new camper vans, with the new California Beach and Transit Custom Nugget both arriving on the market in the past year or so. Both vehicles will provide competition for the Vivaro, which comes at a time when Volkswagen claims camper van popularity is hitting new heights.

According to the German company, customers are more interested in camper vans as the desire to ‘staycation’ grows amid the coronavirus crisis. With the difficulties involved in travelling abroad, including post-travel isolation periods, VW says customers want to head out and see the UK in their own vehicle.