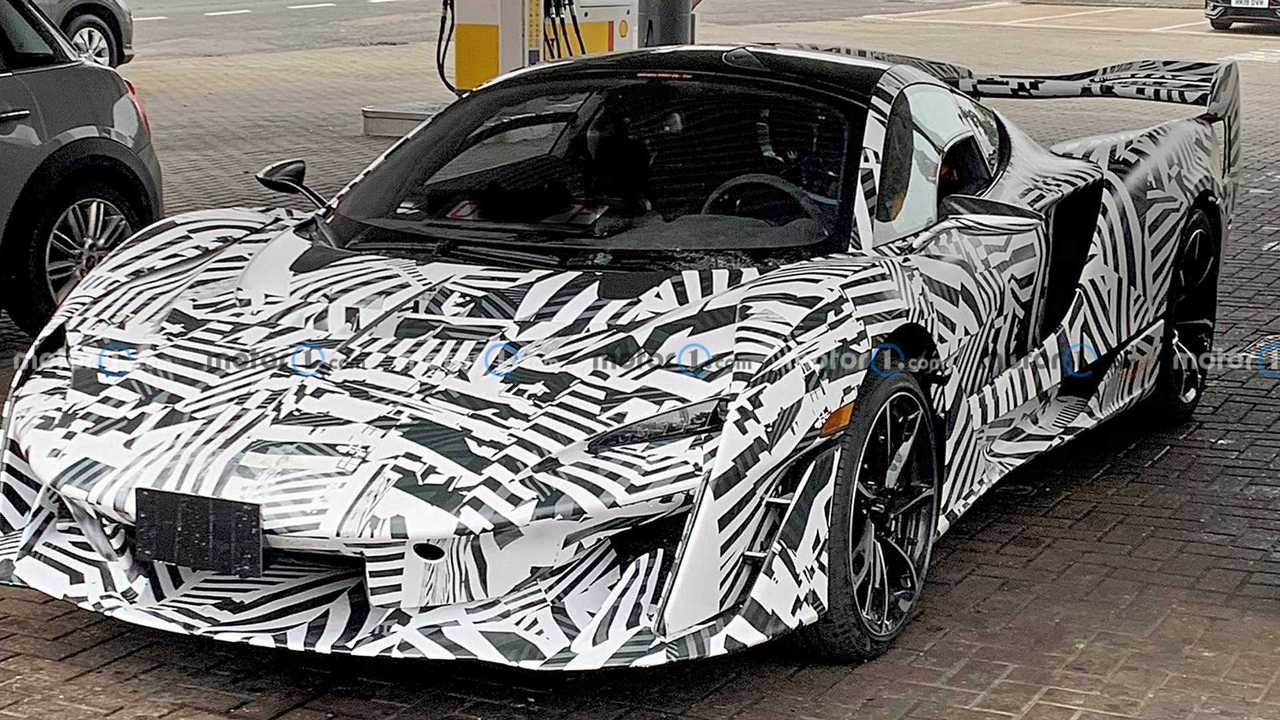 There's still a lot of mystery surrounding this model.

These spy shots offer a better look at the upcoming McLaren Sabre hypercar. The photos also confirm that the earlier design trademark renderings are actually this high-performance model.

The Sabre has sharp styling that matches its name. In front, there are lots of pointed, vertical elements, like in the corners of the front fascia. Tiny, narrow headlights are near the tip of the nose. While not easily visible here, there are also vented sections near the base of the windscreen. An earlier spy shot shows that the vehicle has butterfly doors.

From the rear three-quarters perspective, it's possible to see the complicated shape of the body for directing the air exactly where the McLaren engineers want it. There are intakes where the roof meets the engine cover, and a vertical fin begins there, too. An array of blocky holes and outlets are likely for managing heat. A massive wing spans the width of the tail. The skinny exhaust comes out of the tip of the rear deck, and there's a huge diffuser below it.

Rumours about McLaren building a more extreme hypercar popped up in 2018 when there was info suggesting that the company's Special Operations team were working on something with the codename BC-03. The vehicle was allegedly a road-going version of the McLaren Ultimate Vision Gran Turismo concept that was using a new, state-of-the-art type of carbon fibre. The company only planned to build five units of this model.

Power for the Sabre reportedly comes from a hybrid-assisted version of the 4.0-litre twin-turbo V8 from the Senna. The electrical boost allegedly pushes the output to 1,134 bhp (846 kilowatts).

McLaren P1 successor announced for 2025, but what about the Sabre?

There are still a lot of mysteries surrounding the Sabre. For example, McLaren CEO Mike Flewitt says that the spiritual successor to the P1 is coming around the middle of the decade, and there are no plans to launch a new Ultimate Series model until then. However, the development of the vehicle in these spy shots appears a lot more advanced than being five years away.

One possibility to get around the boss's statement is that if the Sabre is really a limited-run MSO project then, it might not technically fit into the brand's Ultimate Series hierarchy.