The driving school hopes the new models will prove popular with pupils.

Spanish car brand Seat has penned a new deal with the AA Driving School that offers students the chance to learn in its Arona and Ibiza models. Mid-range versions of the two cars will now be available to the AA Driving School’s instructors, many of whom have been teaching in Ford products for many years.

The deal sees Seat offer instructors the Arona compact SUV in SE Technology guise and the Ibiza in sporty-looking FR trim. Both come with the 1-litre, three-cylinder petrol engine with 94 bhp and a manual gearbox.

Those two models will join a fleet that’s dominated by Ford vehicles, with the Fiesta and Focus well established in the AA Driving School stable. Ford also recently announced the addition of the Puma compact SUV to the fleet, with the 123 bhp Titanium-spec model offered to driving instructors.

According to Seat, though, the AA Driving School took the decision to partner with Seat thanks to the “quality” of the brand’s vehicles and the “ease of doing business” with the company, which is part of the Volkswagen Group. Seat’s head of fleet, Craig Cavanagh, said the new deal would put Seat’s cars front and centre in the minds of new drivers.

“The AA Driving School is responsible for training and developing the skills of thousands of new drivers every year,” he said. “It is a vital job, and working closely with the AA, we can see why so many drivers put their trust in the brand. Learning to drive is such a formative part of your life; everybody remembers their first car or the car they learned in, and I’m delighted that due to this agreement, many more drivers will be able to say that the first car they drove was a Seat. Our vehicles will stick in the memory; they are incredibly easy – not to mention fun – to drive, and present a compelling financial proposition, too.”

More on the cars available at UK driving schools: 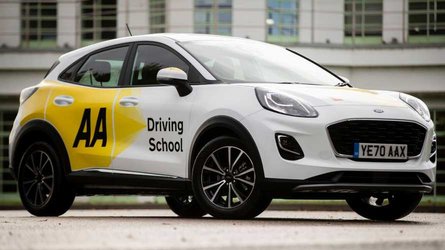 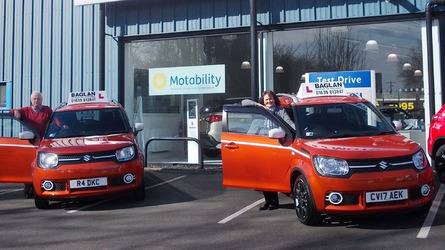 Suzuki Ignis Picked By Driving School Because Its Seats Are Comfy

Meanwhile Sarah Rees, the AA Driving School’s managing director, said the arrival of Seats on the fleet would increase choice for pupils and instructors alike.

“We are pleased to be able to expand our fleet by partnering with Seat to bring more choice and flexibility for our instructors,” she said. “The new models are stylish and easy to drive and we think that they will be a popular choice with pupils too.”