Senior member of the Rebels biker gang Nick Martin was killed in last night's shooting at the Perth Motorplex.

The Australian drag strip was rocked by a shooting during the Outlaw Nitro Challenge event at around 8:30pm Saturday night, police forced to shut the event down.

Two people were taken to hospital for treatment, one of them senior Rebels member Martin.

The 51-year-old later died of his injuries.

The other man treated for non-life-threatening injuries was a 31-year-old, who, according to local reports, is also a member of the Rebels.

An eight-year-old boy, who was sitting on the lap of someone seated next to Martin, also suffered superficial wounds.

“This is an example where innocent parties can get caught up in a violent criminal gang which has resulted in homicide,” said WA police commissioner Chris Dawson.

“We all must be outraged at this violent criminal behaviour, an eight-year-old boy who’s received fortunately superficial wounds, but these criminals don’t stop and have regard to human life.

“The fact that this shooting occurred in a public open place with many people around, including children shows the nature of these violent criminal gangs.

"There are many people, totally innocent, who have now been subjected to the most horrific of crimes involving gangs." 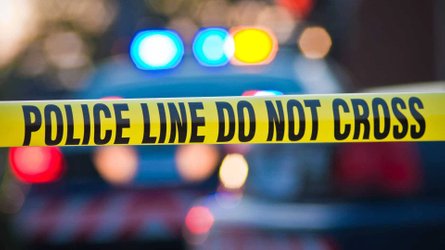