Some TLC for a very loyal steed.

The VW Golf is one of the German marque's most popular models. In fact, it's the world's top three best-selling models in 2013, with 30 million units sold and delivered to owners globally.

Needless to say, there are many Volkswagen owners out there, and one of them has racked up some serious miles with this compact hatchback. Meet this Mk6 VW Golf, which has already travelled 234,000 miles since it was bought.

While its mileage makes it worthy to be called a loyal steed, its owner seems to have neglected his or her ride, based on its state at the start of the video atop this page. From mud stains to rock chips, the Golf here has evidently been through a lot, and don't even start looking at the interior.

All for the love of VWs: 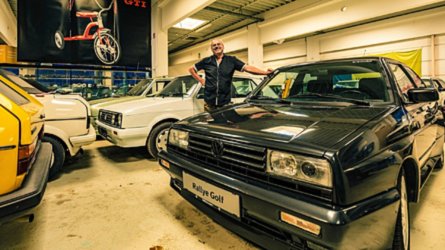 To be fair, this Golf's cabin isn't as filthy as this dog hair-filled Ford Mondeo, or as nasty as a smoker's Honda Accord that we've featured before, but it's close.

As you can see in the sped-up 10-minute video above, the detailer spent a lot of time to clean the car, starting with the exterior. From the engine bay to the wheels, and then to the depths of the cabin, it took a lot of effort to get the job done.

But alas, after several undisclosed hours and a coating of wax, the Golf came out sparkly clean at the end of the video. Though it isn't back to its former glory when it was new mainly due to the rock chips that needed paint touchups, the final product is more than presentable.

We just hope the owner gives his or her Golf the TLC it needs moving forward as those miles aren't possible if not for the machine's reliability.