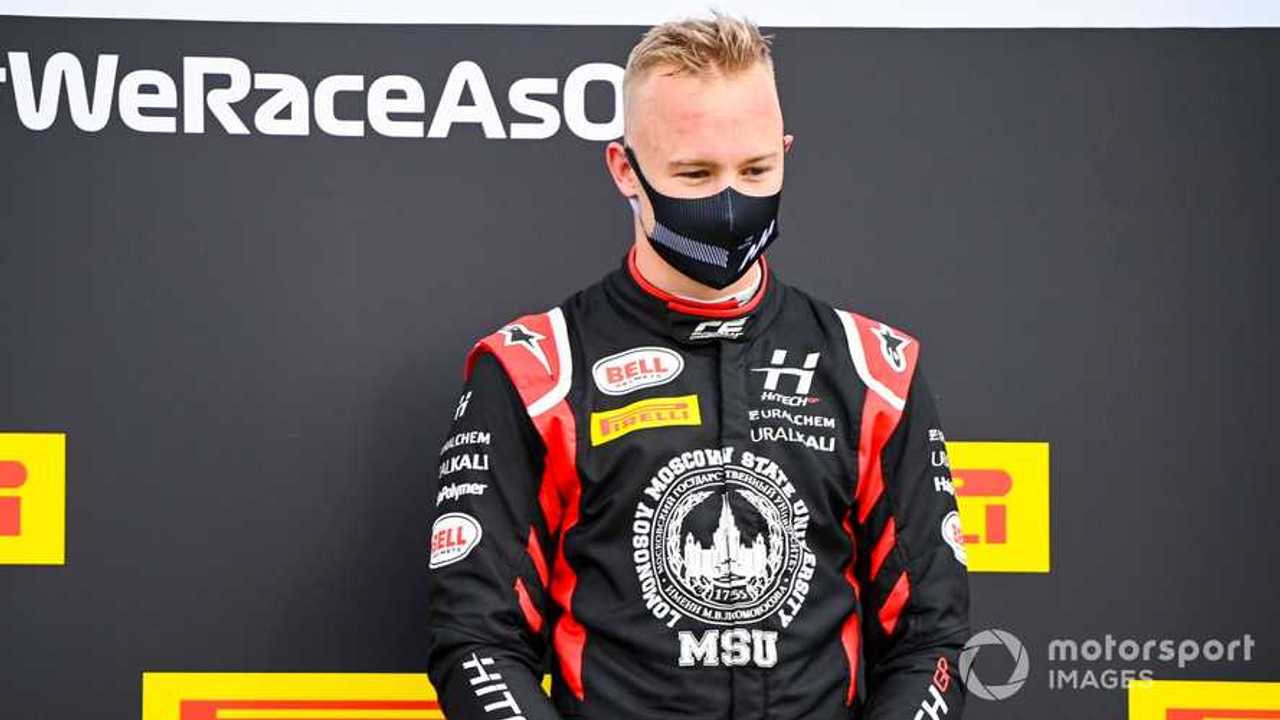 Not off to a good start.

Haas has issued a statement condemning the “abhorrent” behaviour of 2021 Formula 1 driver Nikita Mazepin in a video posted on Instagram, and will deal with the matter internally.

Haas announced last week that current F2 driver Mazepin would be joining its team for the 2021 season, forming an all-rookie line-up with Ferrari youngster Mick Schumacher.

On Tuesday night, a short video was posted to Mazepin’s Instagram account in which he reaches from the passenger seat of a car and inappropriately touches a woman’s chest on the back seat.

The woman is shown moving her hand in reaction to being touched, before raising a middle finger with the same hand that then covers the camera.

The video was shortly deleted, but not before it had been captured and has since been shared widely on social media.

In a statement issued by the Haas team on Wednesday, it condemned his actions and confirmed it would be taking action internally.

“Haas F1 Team does not condone the behaviour of Nikita Mazepin in the video recently posted on his social media,” the statement reads.

“Additionally, the very fact the video was posted on social media is also abhorrent to Haas F1 Team.

“The matter is being dealt with internally and no further comment shall be made at this time.”

Mazepin followed the Haas statement by posting a message on Twitter apologising for his actions.

“I would like to apologise for my recent actions both in terms of my own inappropriate heavier and the fact that it was posted onto social media,” Mazepin said,.

“I am sorry for the offence I have rightly caused and to the embarrassment I Have brought to Haas F1 Team.

“I have to hold myself to a higher standard as a Formula 1 driver and I acknowledge I have let myself and many people down. I promise I will learn from this.”

Williams insists team not up for sale despite Mazepin rumours

The incident comes one week after Mazepin was announced as stepping up to F1 for the 2021 season, having spent the last two years racing in F1.

The Russian driver finished fifth in this year’s F2 standings, scoring two race wins, with his placing being enough to gain an FIA superlicence required for F1.

Mazepin’s season ended in Bahrain last weekend with some controversial defensive moves that resulted in two penalties, leaving him just one penalty point shy of a race ban.

Mazepin has previously tested F1 cars for Force India and Mercedes, undertaking a private test programme with the latter.

He was understood to be set to appear for the German team at next week’s young driver test in Abu Dhabi, helping his preparations for a full-time drive at Haas in 2021.