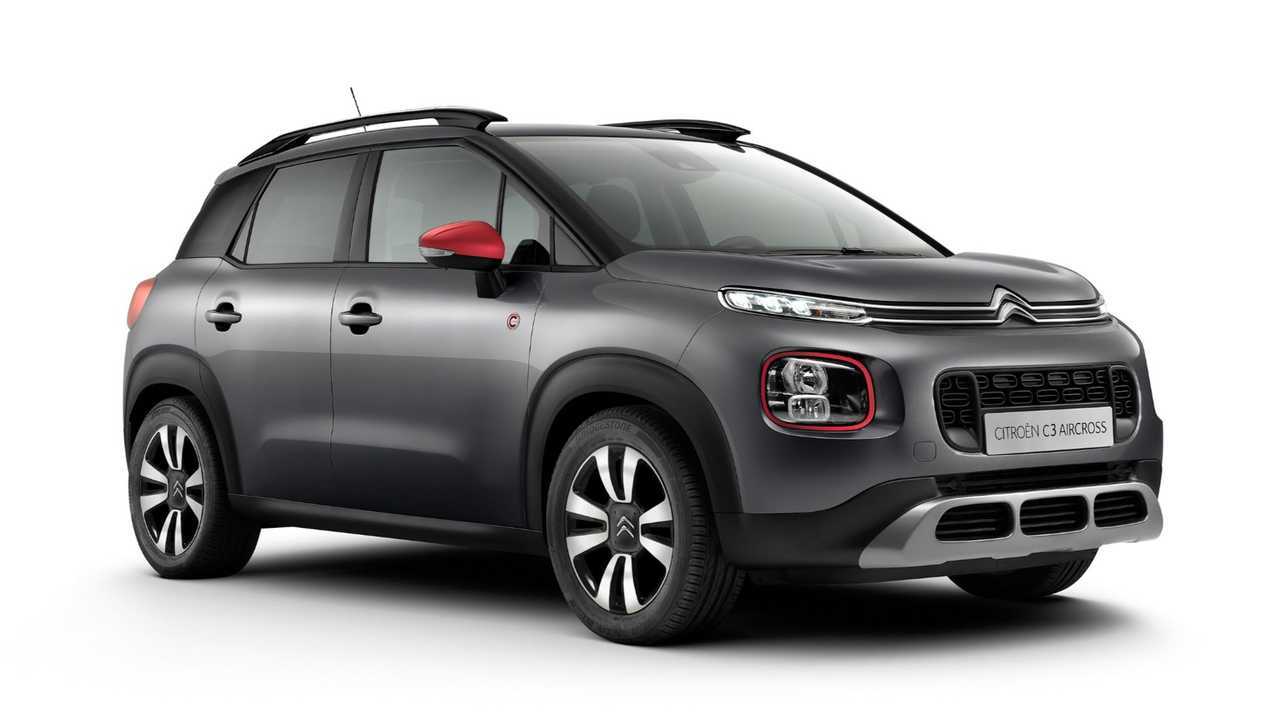 The new model will be offered on the C3, C3 Aircross and C5 Aircross models.

Citroen has announced new C-Series models that slot in at the foot of its C3, C3 Aircross and C5 Aircross ranges. The new entry-level models are part of a revamp of Citroen’s line-up, which has seen the old Touch, Feel and Flair variants replaced with the C-Series, Sense and Shine.

For C3 buyers, the C-Series will come with a starting price of £13,980. That money buys you metallic paint, LED headlights and 16-inch alloy wheels, not to mention a seven-inch touchscreen equipped with the Apple CarPlay and Android Auto smartphone connectivity systems. The C-Series also includes a new Anodised Deep Red colour pack that provides red trim around the fog lights and Airbumps, plus gloss black door mirrors and a two-tone black roof.

That selection is complemented by dark-tinted glass, automatic headlights and automatic air conditioning, while a range of safety systems also come as standard. Lane departure warning, cruise control and speed sign recognition all come as part of the price tag, while rear parking sensors are also included.

Powering it all is a 1.2-litre petrol engine, which produces 82 bhp. That’s paired with a five-speed manual gearbox, allowing the car to emit just 124 g of carbon dioxide per kilometre.

The slightly larger C3 Aircross is also getting a new C-Series model, but it comes with a slightly different kit list. Like the C3, the Aircross C-Series gets the red exterior trim and 16-inch alloy wheels, but the car is also marked out by C-Series door graphics. The C3 Aircross does without the standard-fit metallic paint, though.

That said, the £17,000 C-Series does get similar safety equipment to the C3, with lane departure warning and speed limit recognition included in the price tag. Automatic lights and wipers, automatic air conditioning and rear parking sensors are also included, along with a touchscreen infotainment system.

However, the car also gets a more powerful engine, in the shape of the 1.2-litre turbocharged PureTech 110 petrol engine. Combined with a six-speed manual gearbox, the 109 bhp engine will return 47 mpg and emit 135 g of carbon dioxide per kilometre.

The even larger C5 Aircross C-Series, meanwhile, starts at £25,755, and you get an even more powerful engine as standard. In essence, it’s the same 1.2-litre petrol motor and six-speed manual gearbox you’ll find in the C3 Aircross, but it’s tuned to produce 129 bhp.

Along with that engine, the C5 Aircross C-Series also comes with a reversing camera, power-folding door mirrors and keyless entry, as well as front and rear parking sensors. LED headlights are fitted, too, as are 18-inch alloy wheels and satellite navigation. Perhaps more notably, though, the C5 Aircross also gets red trim akin to that of the C3 Aircross.

Production of the C-Series models will begin this month, but the first customer deliveries are not expected until the beginning of next year.