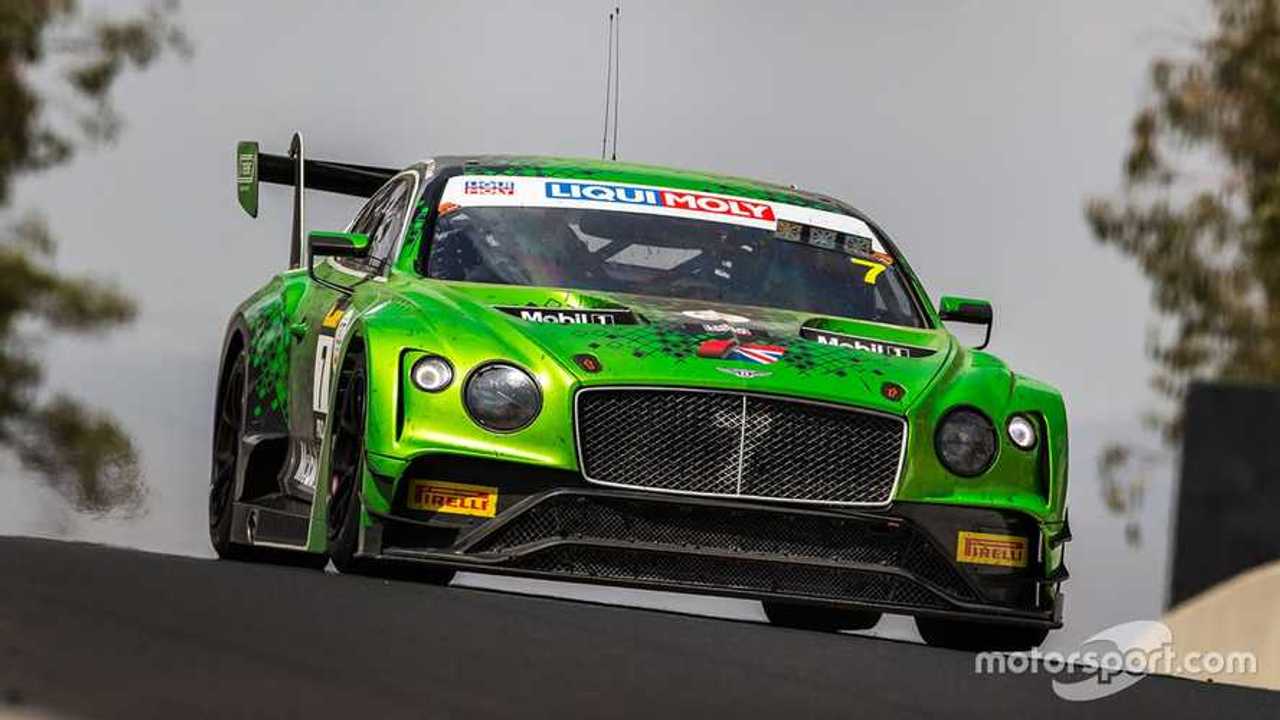 Formula E and Le Mans Hypercar are two options under evaluation as Bentley plots its motorsport future after ending its GT3 programme.

The British manufacturer's racing boss, Paul Williams, stressed there was still an intent for the brand to be involved in motorsport on the announcement on Thursday of a staged withdrawal from the GT3 arena, starting with the end of its factory programme on this conclusion of the current season.

He revealed that the Volkswagen-owned marque is looking at multiple disciplines that might fit with the brand strategy revealed last month to become a carbon-neutral manufacturer producing only electric vehicles by 2030.

"We have four or five things that we are actually looking at," said Williams.

"I am not going to say which it is going to be because it is still very much an open discussion.

"The options at the moment are very wide, but the principle is that we want to do motorsport in the future.

"It has been sustainable: we have to do something that ties into where the brand wants to go."

Bentley is involved in multiple working groups at the FIA, Williams confirmed.

"I am not going to say which ones we are on, but we are involved in more than one thing at the moment, keeping options open" he said.

"We have engaged very closely in a number of different forms of future-type racing."

He did confirm, however, that Bentley is involved in the discussions regarding the FIA's drive to create an electric GT series.

Asked if Formula E, which will introduce the new Gen3 car for its 2022/23 season, was one of them, Williams replied: "It's obviously a consideration."

He also admitted that the new Extreme E off-road series that comes on stream in 2021 is another option for a brand that entered the SUV market with the Bentayga model launched in 2015.

"In the first things we looked at, it wasn't on the listing, but it has more recently moved onto the list as something that we could be interested in," he explained.

"I have someone looking at that as an option — it is a fascinating format."

Williams revealed that Bentley's new focus on electrification has not stifled the marque's ambitions to return to the Le Mans 24 Hours, in which the last of its six victories came in 2003 with Speed 8 LMGTP coupe.

He admitted that there was interest in the LMH category that comes on stream next year, LMDh which could arrive as early as the year after, and the new category planned for hydrogen fuel-cell cars in 2024.

"We will continue to sell combustion cars for the next few years and we are pushing very strongly on our hybrid technology, [so] I am not discounting hybrid or various other forms of motorsport," explained Williams

He described the new class for hydrogen cars as "one of the things I am particularly interested in".

"People talk about it as hydrogen, but it is fuel cell/electric, so it is a from of electric endurance racing," he said

"It is definitely on my list of things that are interestng and, of course, as a brand we love the Le Mans principle."

Asked about Bentley's relative interest in the three routes available to try to win the French enduro in the future, Williams replied: "I would probably say electric-hydrogen would be the highest, and LM Hypercar second and LMDh third."

He described the spec hybrid system of the LMP2-based LMDh category as "quite a weak answer" and revealed that "if it was a much stronger hybrid proposition, we would probably be far more inclined to go that way".

He also mentioned the "massive cost differential between doing an LM Hypercar and doing an LMDh" and said that "for a brand our size that makes it [LMH] very challenging".

Williams set no timetable for Bentley's return to motorsport after its GT3 programme winds down nor for a decision on what direction it will take.