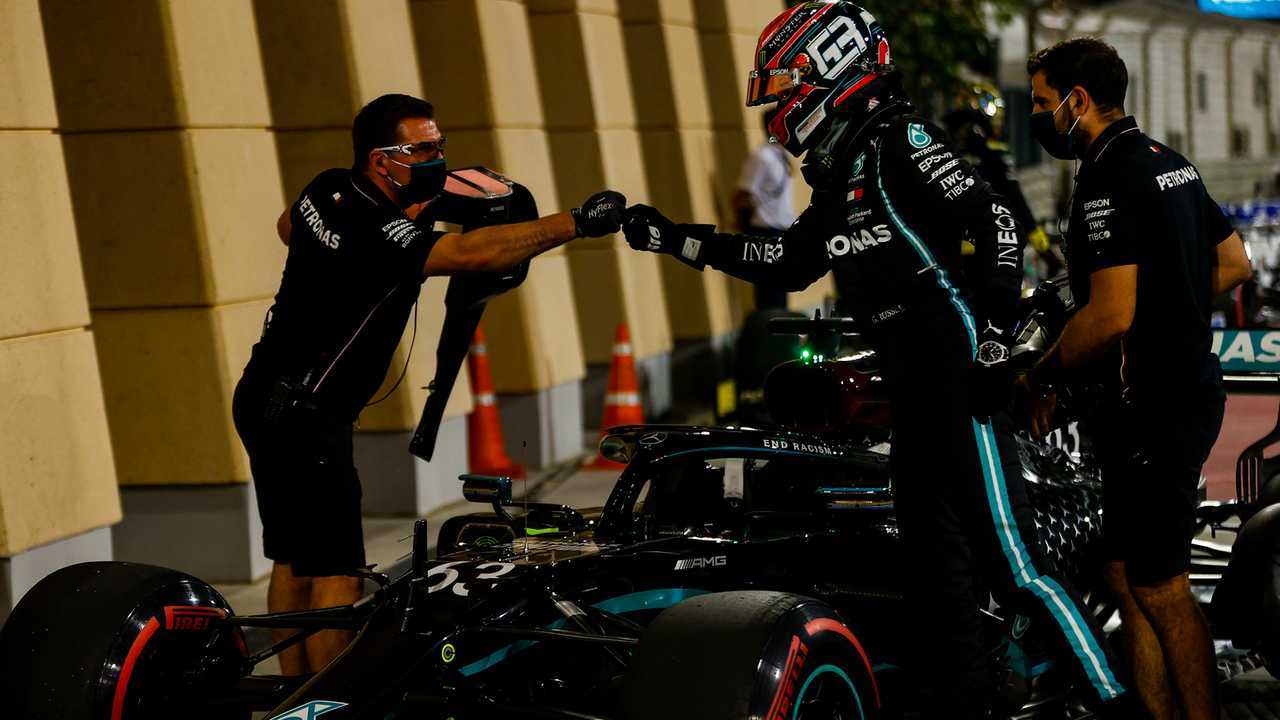 George Russell has revealed he accidentally pressed his Mercedes car's neutral button during qualifying for the Sakhir GP.

Russell qualified second behind Valtteri Bottas for the inaugural Sakhir race, which will take place on the 'outer loop' layout at the Bahrain International circuit, finishing just 0.026s from pole on his first outing for Mercedes as Lewis Hamilton's stand-in.

The decision had already been taken for Russell to wear race boots that are one size smaller than usual to make sure he fits into the cockpit of Hamilton's W11, where he explained he has been making occasional errors activating systems on the steering wheel in practice and qualifying for this weekend's race.

When asked by Motorsport.com if there were anything things he had had to unlearn from his experience for Williams in the first Bahrain race, Russell replied: "I guess arguably I probably would've been better off if I'd just came in with an open mind and not raced this circuit – or at least half of this circuit – last week.

"Even in qualifying, I pressed neutral at one point instead of something else."

Russell explained that such a scenario occurred because had was in "such a routine down at Williams", where he has raced since entering F1 as the reigning Formula 2 champion at the start of 2019.

He added: "You don't even think about these things and it just naturally happens.

"[Mercedes has] been trying to modify as much as physically possible just to make things easier for me.

"It's been a lot of work and still takes a bit of time – it takes a couple of races just to understand all of that."

Russell then jokingly appealed to Mercedes team boss Toto Wolff that more time aboard the W11 would rectify the situation, saying: "Toto, a few more races please and I'll be there!"