Jamaican Bobsleigh team takes to the slopes in Mini Convertible 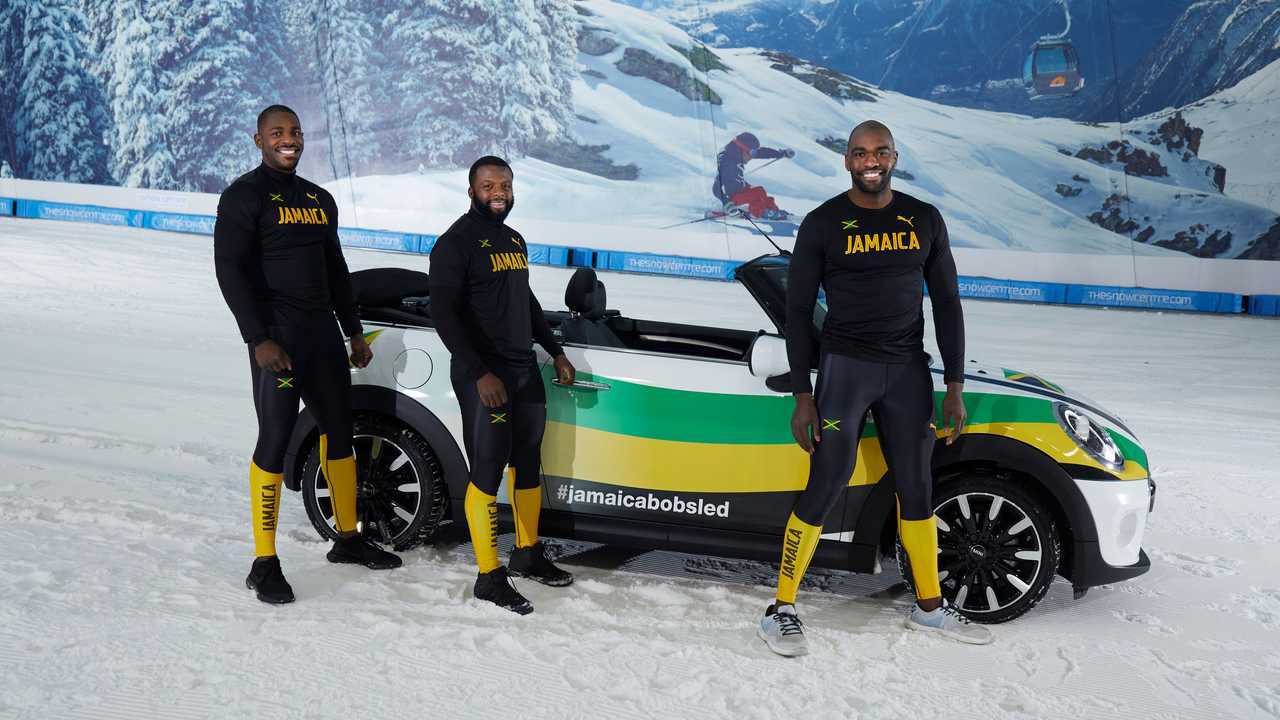 The UK-based team of Shanwayne Stephens, Dy’Neal Fe’ssal, and Matthew Wilson took to the UK's largest indoor slope at The Snow Centre, Hemel Hempstead. There, they pushed a Mini Convertible – adorned with the colours of the Jamaican flag – up and down the centre's snowy incline for the ultimate resistance training test.

"This second lockdown has been even harder on our training," said sled pilot Stephens. "Matt and Dy’Neal are new to the team so we’re focusing on gelling together as a team and getting them up to speed – they have never been in a bobsled or even seen one yet!

"Pushing the Mini here may seem like a bit of fun but this has been an important exercise, just being on ice is completely different to training in the summer – the toll on your body is entirely different and you use energy in different ways.

"The Snow Centre is only -3 degrees, that’s pretty mild compared to what we’re normally in, and they’re already complaining about the cold!"

The training during the second lockdown followed a similar regime during the summer for the team, where Stephens and brakeman Nimroy Turgott maintained their fitness by pushing the the car up and down a private road in Peterborough for resistance training.

The team is currently training in a bid to qualify for the Beijing 2022 Winter Games, as well as various competitions across North America and Europe this season. Their next major event will be the World Championships in Lake Placid, New York in February next year.