IAM Roadsmart says an outright ban could be counter-productive.

A road safety charity has called on the government to use a “targeted and local approach” to tackle the issue of pavement parking. The calls come after a Department for Transport (DfT) consultation on the issue closed, with a summary of responses due to be published over the coming months.

The DfT announced plans to launch the consultation back in March, saying it would “consider” ways to implement a nationwide ban on pavement parking, which would be enforced by local authorities. However, the statement did admit that some exceptions may be necessary, with a “tailored” approach becoming a possibility.

Pavement parking is a bone of contention for motorists and safety activists alike, with many complaining that the practice, which involves parking with one or more wheels on the kerb or pavement, reduces space for pedestrians and vulnerable road users. However, others claim parking in such a way can be safer – particularly on narrow streets where traffic flow or emergency vehicle access might otherwise be compromised.

A blanket ban already exists in London, and a similar scheme will come into force in Scotland next year, but IAM Roadsmart, which spawned from the Institute of Advanced Motorists (IAM), says the government should not implement a nationwide ban in England. Instead, the organisation urged lawmakers to consider a more “focused” approach.

Doing so, the charity claimed, would have numerous benefits, including increased “public support”, as “enforcement would be carried out in the most effective way”. The organisation also claimed a blanket ban could remove parked cars from roads where they have a traffic calming effect, and warned that clearing parking cars could lead to an increase in the speed of traffic.

“A focused and local approach would allow selfish individuals and problem areas to be targeted without causing displacement problems in areas where there are no actual problems for pedestrians,” said Neil Greig, policy and research director at IAM Roadsmart. “Local councils should be encouraged to use their existing powers and these new ones to sign, define, review and enforce local bans as required. We have no problem with local solutions for local problems, but a blanket ban of pavement parking is a hammer to crack a nut.”

IAM Roadsmart’s suggested approach also conforms with ideas from the RAC, which earlier this year said “better guidance” would be preferable to an outright ban.

“Not all streets in the UK are the same,” said RAC head of roads policy, Nicholas Lyes, in March. “For example, some drivers will put a tyre up the kerb on a narrow residential street to avoid restricting road access to other vehicles while still allowing plenty of space for pedestrian access. Therefore better guidance and a definition of what is and isn’t appropriate would be a more practical solution, rather than an outright ban.”

More on the thorny issue of pavement parking: 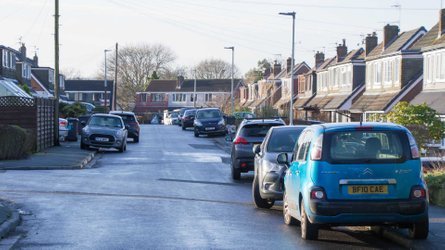 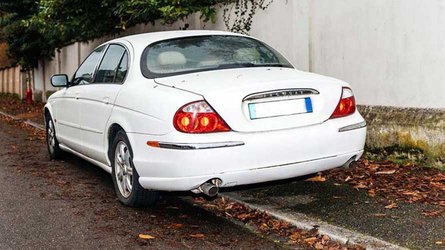 But Justine Roberts, the founder and CEO of Mumsnet, said in September that visitors to her site complained about drivers blocking pavements by parking inconsiderately.

“Lots of us have occasionally parked a couple of wheels up on the pavement to leave space on the road without really thinking about how it might inconvenience people,” she said. “It’s a topic that comes up regularly on Mumsnet, where wheelchair users and people with buggies share stories about being forced into the road or having to double back long distances.”