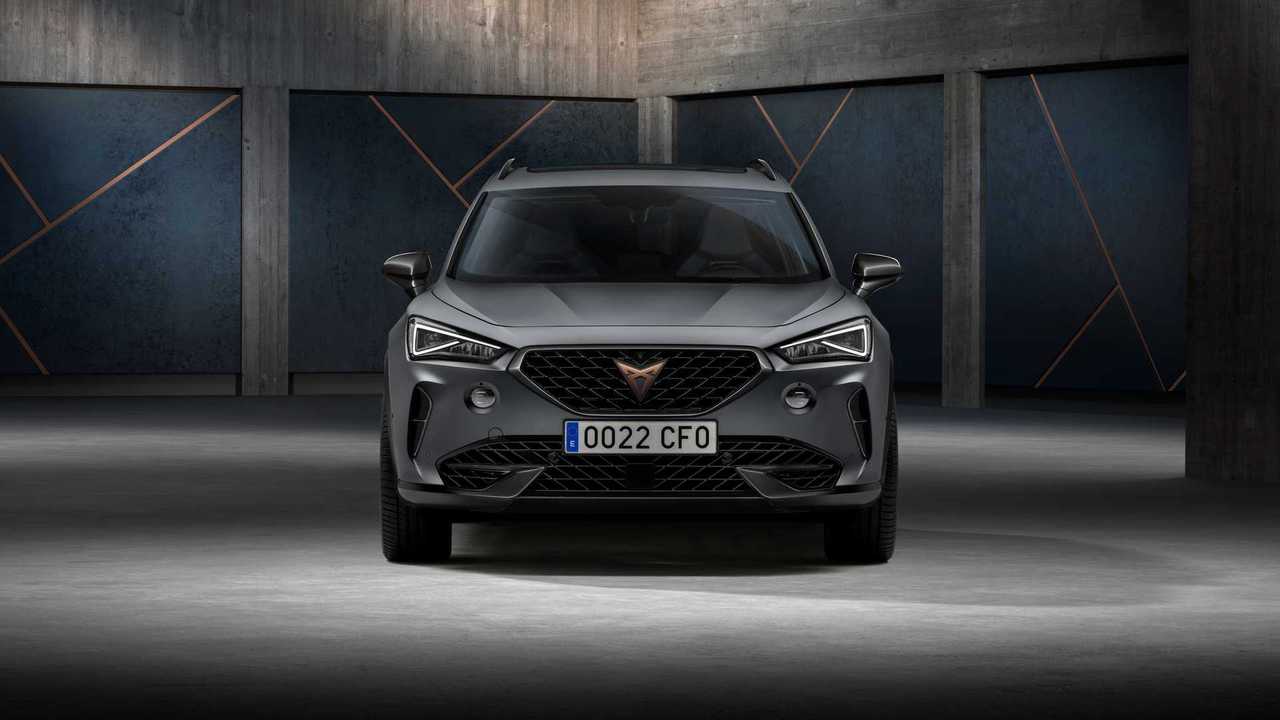 The entry-level 1.5-litre petrol is finally available to order.

Seat’s sporty spin-off, Cupra, has expanded the line-up for its first standalone model – the Formentor – just a few weeks after the car first went on sale. At first, the Spanish brand was only offering the Formentor in range-topping 306 bhp petrol guise, but lowlier models are now joining the party.

Back in October, Cupra announced pricing and specifications for the new model, boasting an asking price of just over £27,000. However, the company only offered the top-of-the-range VZ Edition model with the 2-litre, 306 bhp petrol engine to these early-bird customers.

Now, though, the £27,395 entry-level model is finally available to order. That V1 model comes with 18-inch alloy wheels, LED headlights and “simulated” exhaust pipes, while a 12-inch navigation system and wireless phone charging are teamed with a digital instrument cluster.

Moving up to the £29,690 V2 gets you larger 19-inch alloy wheels, heated leather seats and heated steering wheel, as well a reversing camera and front parking sensors. Alternatively, you could have the VZ1, which ditches the V2’s leather seats, but makes amends with sports suspension and a dynamic chassis control system, plus the reversing camera and front parking sensors.

Stepping up to the VZ2 gets you the leather seats, as well as some safety gadgets in the shape of blind-spot monitoring and Exit Assist, which warns of approaching traffic when opening doors. Then there’s the VZ3, which costs £39,830 and adds Brembo brakes, while the range-topping VZ Edition (£43,840) gets a panoramic sunroof.

More on the new Cupra Formentor:

In addition to the four-wheel-drive 2-litre petrol engine, the range has grown to include the basic 1.5-litre petrol. Available with a choice of manual and automatic gearboxes, the 148 bhp powerplant is offered with all but the VZ3 and VZ Edition trims.

These two engines will be joined next year by a 2-litre petrol engine with 187 bhp, while two plug-in hybrids will also arrive in 2021. Both see an electric motor combined with a 1.4-litre petrol engine, but one offers 201 bhp, whereas the other offers a punchier 242 bhp.

For now, though, the range is limited to the 2-litre petrol with 306 bhp and the 148 bhp 1.5. Both are available to order from Cupra dealers now, but don’t expect to see any 1.5s on UK roads until after Christmas. The first 2-litre examples, however, will arrive in the UK later this month.