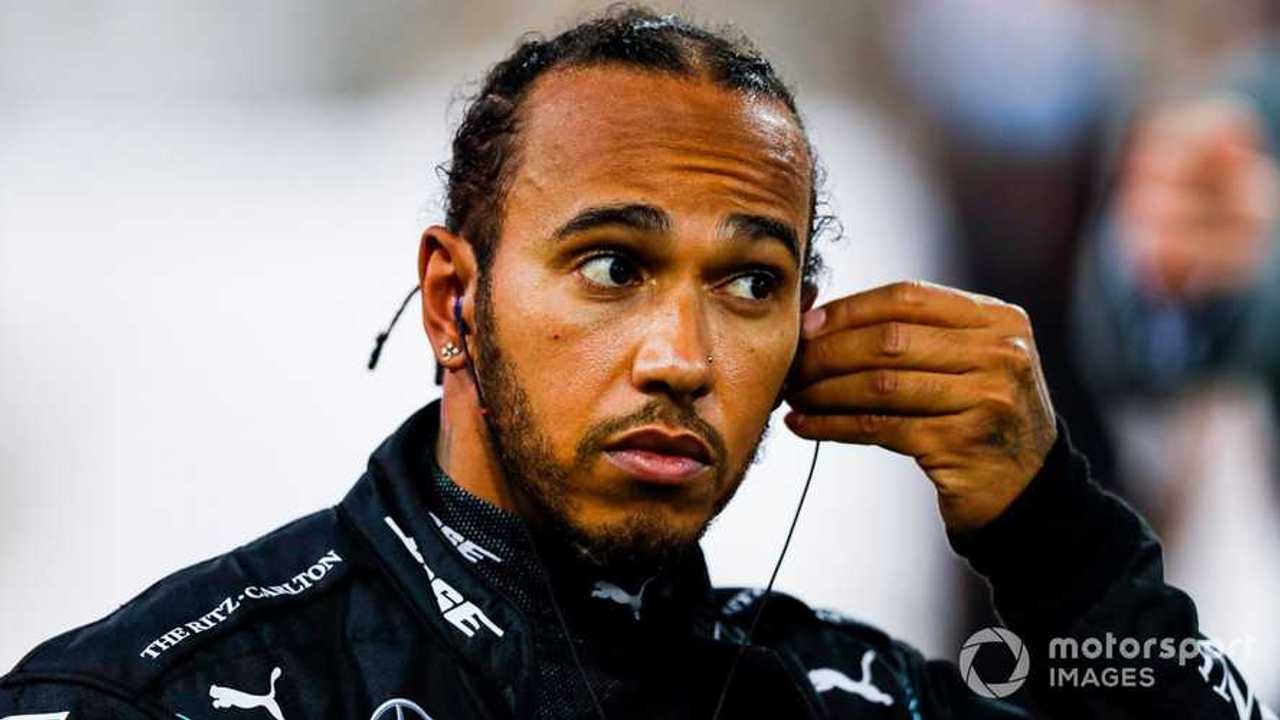 The FIA confirmed in a statement that the world champion was now being isolated, and his contacts had been traced.

It read: “ The FIA, Formula 1 and Mercedes-AMG Petronas F1 Team can today confirm that during mandatory pre-race PCR testing for the Sakhir Grand Prix, Lewis Hamilton has tested positive for COVID-19.

"In accordance with COVID-19 protocols and public health authority guidelines in Bahrain he is now isolating. All contacts have been declared. The procedures set out by the FIA and Formula 1 will ensure no wider impact on this weekend’s event."

Hamilton: Racing for Ferrari in F1 'just wasn't meant to be'

Mercedes says it will announce the name of Hamilton's replacement “in due course.”

The team’s official reserve drivers are Stoffel Vandoorne and Esteban Gutierrez, although Nico Hulkenberg – who has raced three times for Racing Point this year – is a possible candidate.

Mercedes said in a statement that it “regrets to announce that Lewis Hamilton has tested positive for COVID-19 and will be unable to take part in this weekend's Sakhir GP.

“Lewis was tested three times last week and returned a negative result each time, the last of which was on Sunday afternoon at the Bahrain International Circuit as part of the standard race weekend testing programme.

“However, he woke up on Monday morning with mild symptoms and was informed at the same time that a contact prior to arrival in Bahrain had subsequently tested positive. Lewis therefore took a further test and returned a positive result. This has since been confirmed by a retest.

“Lewis is now isolating in accordance with COVID-19 protocols and public health authority guidelines in Bahrain. Apart from mild symptoms, he is otherwise fit and well, and the entire team sends him its very best wishes for a swift recovery.

“We will announce our replacement driver plans for this weekend in due course.”