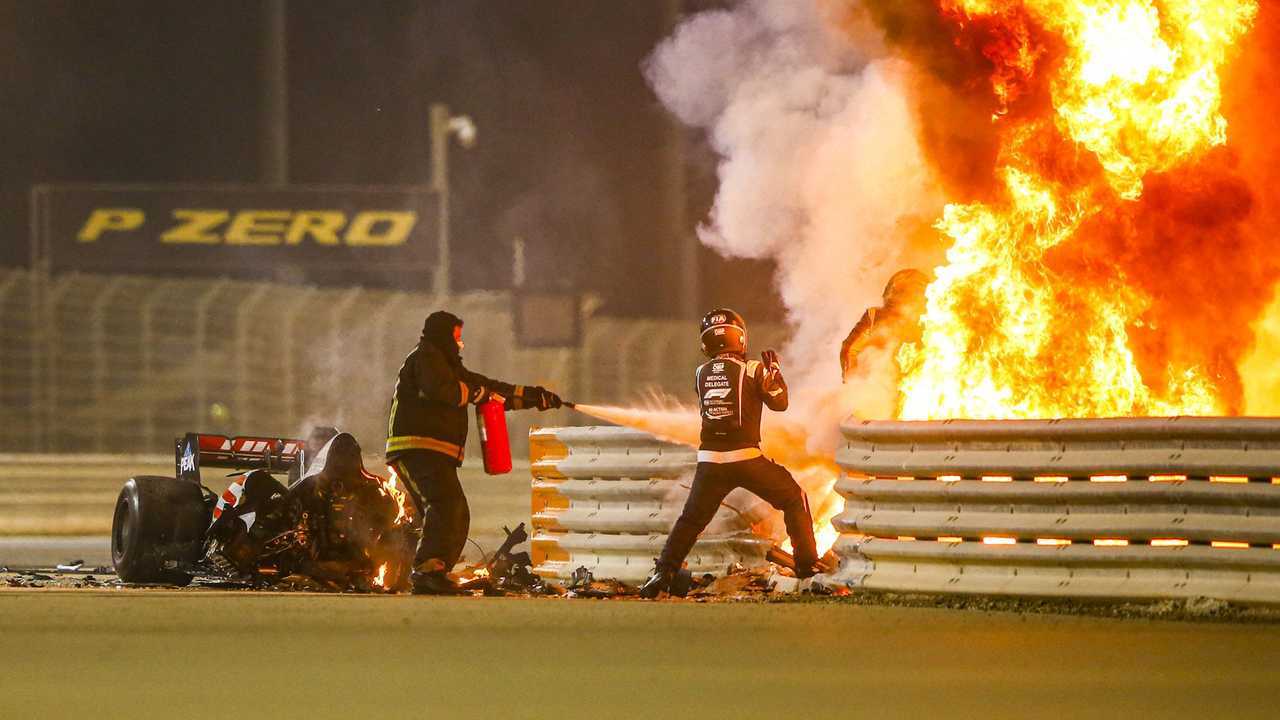 Haas Formula 1 driver Romain Grosjean has escaped from a huge fireball crash that stopped the Bahrain Grand Prix on the first lap.

The Frenchman was involved in a coming-together with a number of other cars as they battled for positions at Sakhir's first corner.

Coming out of the opening sequence, Grosjean's car speared towards the inside barriers – and on impact there was a fireball explosion.

The race was immediately stopped, and Grosjean was able to inform his team on the radio that he was okay.

Television footage of Grosjean showed him sat in the medical car, and he was later led towards an ambulance.

Coming out of the opening sequence, Grosjean's car was tipped into the barriers as he clipped the front of Daniil Kvyat's AlphaTauri.

Grosjean was a passenger as the Haas car speared into the barriers on the right, and it was split in two as it impacted with the barriers.

The cockpit segment went through the barriers, with the rear part of the car bouncing back towards the track.

With the car split in two, burned fuel erupted as the car came to a standstill.

With the car still in flames, Grosjean was able to get himself out of the cockpit and he was assisted by medical staff to get over the barriers and away from the fire.

The Haas team confirmed that Grosjean had been taken to the medical centre but had escaped serious injury.

A statement said: "Romain has some minor burns on his hands and ankles but otherwise he is OK. He is with the doctors just now."

The Bahrain GP looks set for an extensive delay with the Grosjean crash having badly damaged the crash barriers, which will need repairing before any restart.

Following evaluation at the medical centre, it was decided that Grosjean should be transferred to a local hospital.

Haas said that as well as burns, Grosjean had suspected broken ribs, but that diagnosis would only be confirmed later once he had been checked at hospital.

Bahrain GP: Hamilton storms to pole ahead of Bottas