Two new 1-litre petrol engines slot in at the bottom of the range.

Skoda has expanded its Scala SE Technology line-up with the introduction of new 1-litre petrol engines. The new additions, which join the existing 1.5-litre petrol engine, bring this fleet-focussed hatchback’s asking price down below £19,000.

The Czech company first announced the Scala SE Technology in the summer, confirming the car would arrive in August with the sole task of appealing to company car drivers. However, with that engine on board, the car came with an asking price of around £21,000 – £400 more than the equivalent mid-range Scala SE.

For that money, you get all the equipment of the SE model, plus a few extra goodies. Some 16-inch alloy wheels come as standard, along with chrome window surrounds and rear LED lights with dynamic indicators. Inside, the car features an upgraded 9.2-inch infotainment system with satellite navigation, while front and rear parking sensors were fitted as standard.

That equipment remains unchanged with the arrival of the new 1-litre petrol engines, which have been lifted from other small cars in the Volkswagen Group. There’s a 94 bhp entry-level engine, which comes in at just under £19,000, and that’s supplemented by a more powerful 109 bhp version of the same three-cylinder turbocharged engine.

The more powerful 1-litre engine, and the 148 bhp 1.5-litre motor already on offer, come with six-speed manual gearboxes as standard, but a seven-speed automatic is available as an option. It brings the total number of possible engine and gearbox combinations to five, but it leaves the company car-orientated model without a diesel derivative.

More on the Skoda Scala: 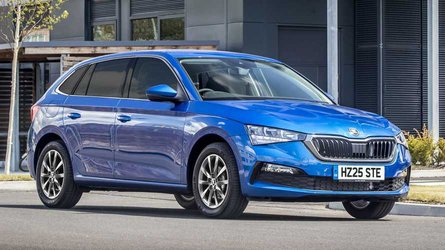 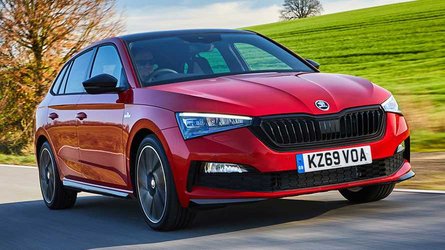 However, the 1-litre engines are expected to keep emissions, and therefore tax rates, low. In the SE, which should in theory have similar characteristics to the SE Technology, the 94 bhp engine returns just over 50 mpg and emits 126 g of carbon dioxide per kilometre travelled. It’s a figure that puts the car in the 28-percent company car tax bracket.

That said, the more powerful 1-litre and 1.5-litre versions of the Scala SE are only slightly more polluting, so there’s little penalty in choosing the more potent powertrains. However, the automatic gearboxes do add to the emissions significantly, so those worried about tax costs should stick with manuals to keep tax rates to a minimum.

The new Scala SE Technology models are available to order now, with all-important P11D values starting at £18,625 for the 1-litre, 94 bhp version.