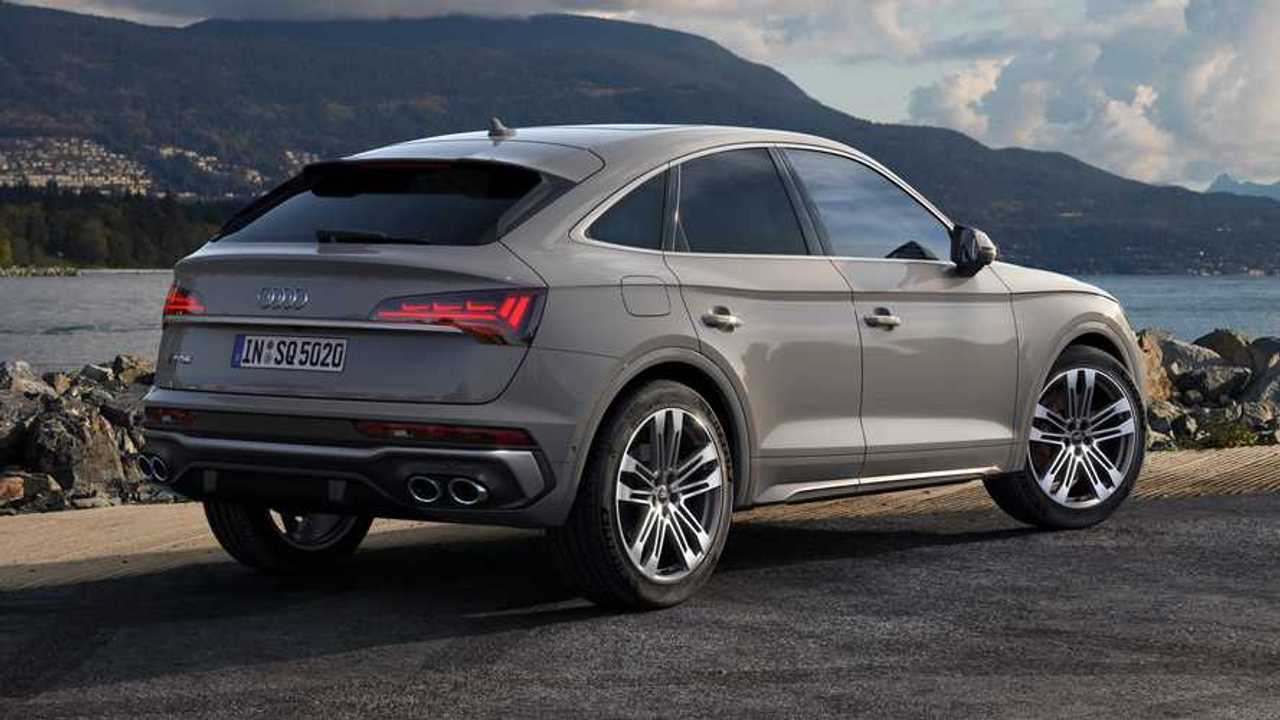 The TDI isn't willing to go down without a fight.

When Audi introduced the Q5 Sportback at the end of September, it only showed images of the non-S version while briefly mentioning the performance-oriented SQ5 for the North American market. The Four Rings are making things right by releasing a photo gallery of the SQ5 and sharing details regarding the European version.

While the SQ7 and SQ8 have switched to petrol power in Europe following a rather unexpected initial TDI stint, the smaller SQ5 runs on Devil’s fuel. It’s a 3.0-litre V6 with 337 bhp (251 kilowatts) and 516 pound-feet (700 Newton-metres) to match the S5 models, but not all of them. Some will be surprised to hear the S5 Convertible in Europe actually has a 3.0-litre V6 petrol engine, like the North American S5-badged cars.

With no fully fledged RS Q5 Sportback version in sight, the SQ5 is the quickest of the bunch. It needs 5.1 seconds for the 0-62 mph (0-100 km/h) run and tops out at an electronically capped 155 mph (250 km/h). Being a diesel with a mild hybrid system thrown on top of it, the SUV beaten with the coupe stick is impressively frugal. Audi says it sips only about 7 litres / 100 km in the combined cycle, which works out to 33.6 miles per gallon.

Having seen the conventionally styled 2021 SQ5 TDI earlier this month starting at £56,600, the Sportback’s styling isn’t exactly a surprise. We haven’t been able to check out the revised SQ5 in the metal just yet, but those ghastly fake exhaust finishers of the pre-facelift model are now gone. However, the image below seemingly shows only the left-side exhausts are the real deal.

Built in Mexico, the first-ever Audi SQ5 Sportback in both TFSI and TDI flavours will be launched in the first half of 2021. The swoopy SUV will also be assembled in China from a complete knock-down (CKD) kit.