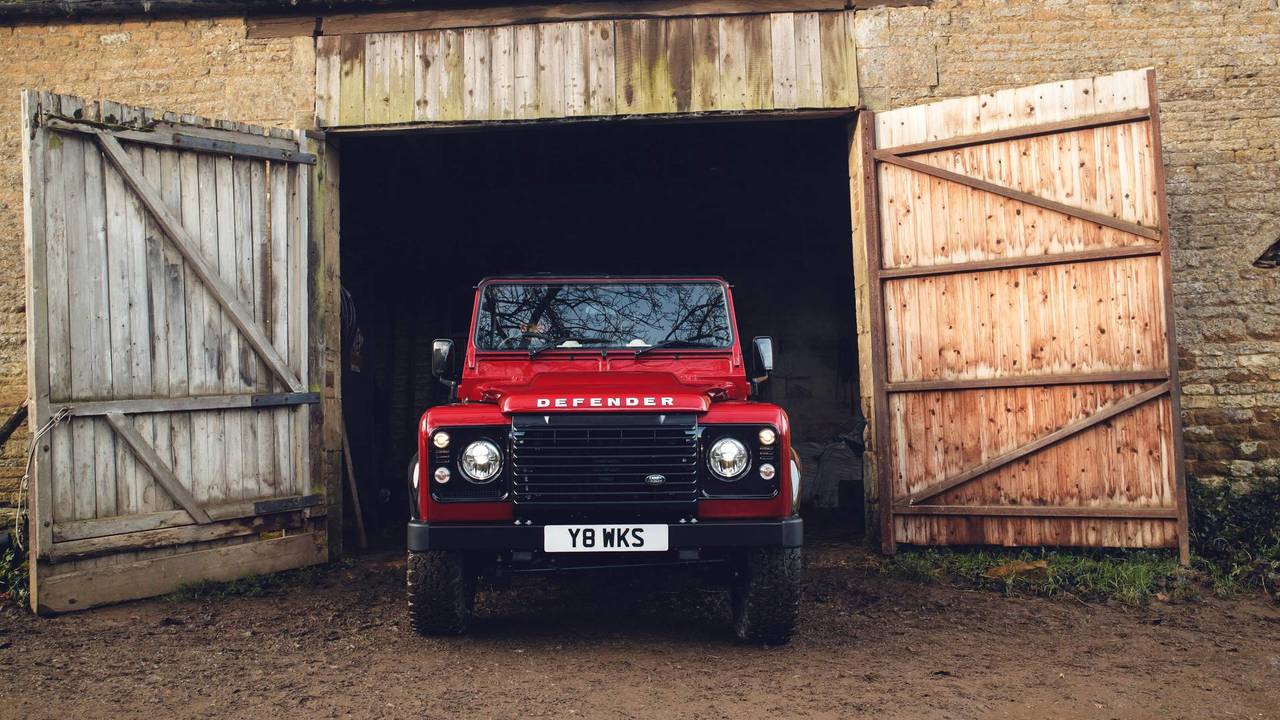 Criminals are targeting the now-discontinued off-roaders.

A leading insurance company has urged Land Rover Defender owners to “lock up” their vehicles as thieves target the desirable 4x4s. The iconic cars have been high on thieves’ shopping lists since the model was discontinued in 2016, and insurance firm NFU Mutual has advised owners to “increase security measures”.

According to the company, organised groups of criminals are “scouring the countryside” to find vehicles they can steal. With a growing black market for spares, the insurer says many vehicles are being dismantled for components.

NFU’s records show its claims costs for theft of Defenders rose 34 percent in 2019, hitting a massive £2.1 million. At the beginning of 2020, the company said it was recording “at least” four Defender thefts a week, but that fell to six a month from April to June. However, the firm says thefts are now returning to pre-lockdown levels.

As a result, NFU Mutual has advised owners to use a combination of physical security and sophisticated electronic measures to protect their vehicles. The company has recommended a range of specific measures, including mundane tactics such as keeping the vehicle locked when not in use and removing valuables.

However, the company is also suggesting the use of more high-tech tactics, including the fitment of tracking devices and a battery isolation or fuel cutoff switch. And some old-school ideas have been mooted, such as etching the vehicle identification number (VIN) on the windows or using a mechanical steering lock.

Other ideas suggested by NFU Mutual include making sure you don’t share the vehicle’s location on social media, or marking components with forensic tell-tales. And if customers’ vehicles are still stolen, the company has pledged to work with the National Vehicle Intelligence Service (NaVCIS), to help track down thieves and return stolen vehicles to their owners.

“Land Rover Defenders continue to be a target for thieves and every week farmers and enthusiast owners are waking up to find their precious Land Rovers gone – or stripped of bonnets, doors and wings,” said Rebecca Davidson, NFU Mutual rural affairs specialist. “There’s a burgeoning black market for parts, with many of these beloved classics getting dismantled in driveways and farmyards, or being whisked away to chop shops.”

“Unfortunately, Defender thefts have risen sharply again and we are heading back up towards pre-coronavirus levels. We’re warning people in the countryside to be on high alert. Trackers, alarms and storing vehicles out of sight have all been effective measures protecting these British icons. With prices of Series I models soaring due to their vintage value, organised criminals are scouring farmyards and country properties to spot examples they can steal.”

More on the last-generation Defender: