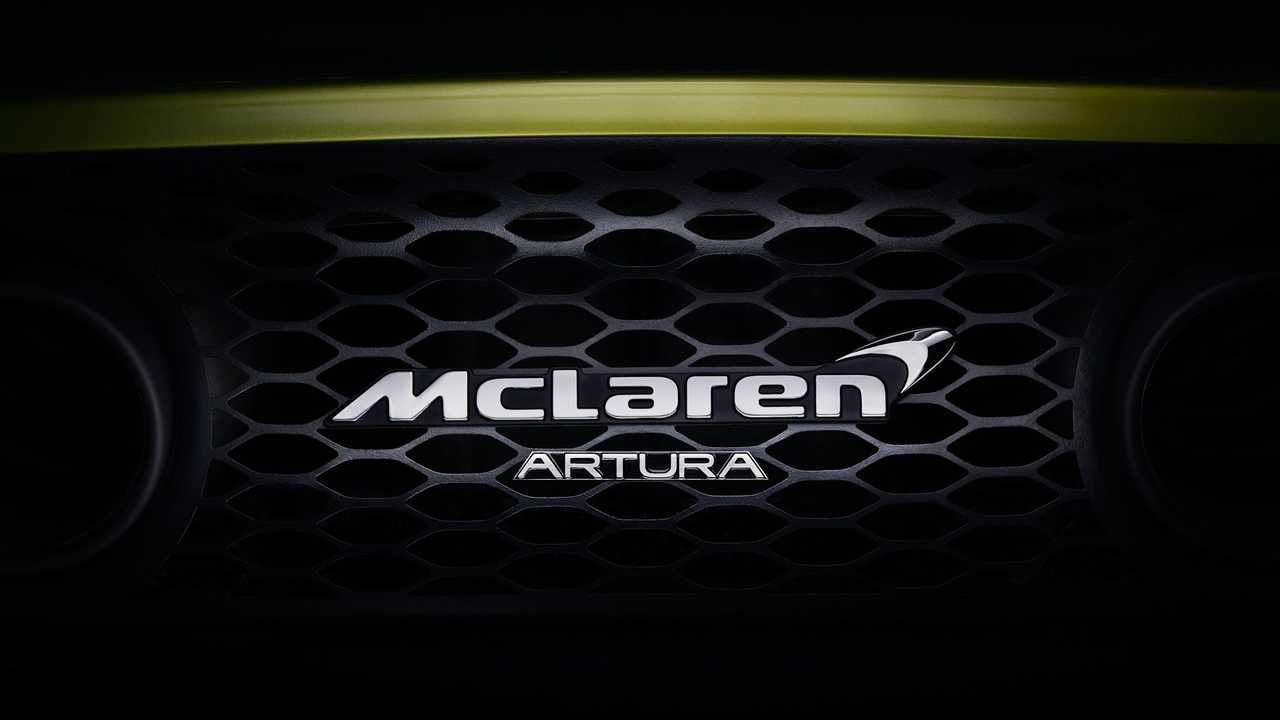 McLaren first teased its next-gen high-performance hybrid early last month, showing off a very McLaren-like shape that’s hiding a lot of new components. We now know that those new parts will pair with a new name – Artura. There’ve been rumours – and trademark filings – suggesting that the supercar maker would ditch its numerical naming scheme, so this move isn’t all that surprising. It’s likely the first of several newly named models from it.

McLaren also provided two close-up rear-end shots showing the new Artura script underneath the McLaren badge. The images show off the mesh insert flanked by two large, round tailpipes. It looks like your standard McLaren rear, but the company says the Artura will feature a lot of new parts, including a new carbon-fibre chassis called the MCLA. It’ll house an entirely new powertrain and electrical architecture, too, riding on a platform optimised for the unspecified number of electric motors that’ll assist in its propulsion.

McLaren will also introduce a new twin-turbocharged V6 designed to work with electric motors. The hybrid powertrain should make more than the 600 bhp (447 kilowatts) and 443 pound-feet (600 Newton-metres) of torque produced in the company’s twin-turbo 3.8-litre V8. However, the performance increase won’t need to offset any significant increase in weight. McLaren focused on new weight-saving technologies to compensate for the hybrid powertrain’s added heft – batteries and electric motors are heavy. Company boss Mike Flewitt has said the new car would increase in weight by 30 to 40 kilograms (66 to 88 pounds).

McLaren’s new supercar is a hybrid:

Hybrids and fully electric cars will take centre stage in the coming months and years as automakers across the industry move toward the new propulsion technologies. The Artura is the first to ride on the company’s new platform optimised for electrification, which suggests there’ll be more. We don’t know when McLaren plans to fully reveal the Artura, though the company did say it will be on sale in the first half of next year. We doubt a debut is far.