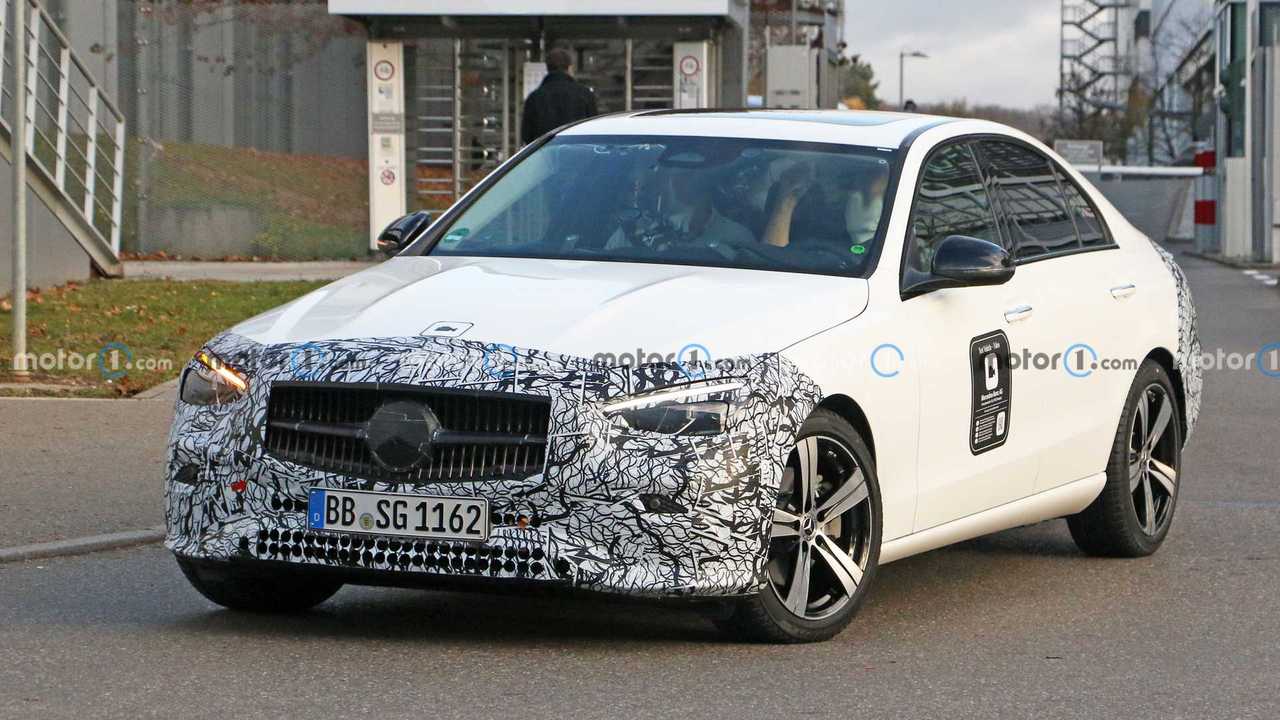 These are the best spy shots to date with the W206.

The world premiere of the next-generation Mercedes C-Class is fast-approaching taking into account the annoying camouflage is finally coming off. Well, at least some parts of it anyway. Our spies just caught a prototype with less disguise than ever before, thus providing us with the best look yet at the W206 ahead of its world debut likely scheduled in the coming months.

The side profile is almost completely exposed, revealing a cleaner design with less pronounced character lines. The upper line has been moved above the chrome-trimmed door handles and it now sits right below the beltline. The lower character line hasn’t been changed all that much, continuing to gently rise as it approaches the rear.

While the front continues to wear mascara, the headlights are partially exposed to reveal an oh-so-familiar design derived from recent Mercedes models like the CLS and S-Class. Contrary to recent trends, the front grille doesn’t seem to be bigger compared to the W205, although the camouflage does hide its extremities.

The most noticeable change is at the back where the new C-Class will get horizontal taillights to mirror virtually all of Mercedes’ saloons, including those mislabelled as “four-door coupes.” The rear lights extend onto the boot lid to give the sense of a wider body, and you can see there are cutouts in the camo for the reverse lights.

Our spies were not able to take a peek inside the cabin, but you can tell the tablet-style infotainment is gone. That’s because the MBUX will be a generously sized touchscreen integrated into the centre console à la S-Class, although not as large. Older spy shots we’ve attached above show the climate controls won’t be integrated into the main display. Instead, you’ll be able to tweak the HVAC by using what seem to be touch-sensitive buttons mounted below the big screen.

There are going to be some changes underneath the skin where the updated MRA platform should pay dividends in terms of efficiency and practicality. We’re expecting more and more electrified powertrains, and quite possibly four-cylinder C53 and C63 AMG models if the rumour mill is accurate. An estate will follow as per spy shots, and it could finally spawn that All-Terrain derivative to rival the Audi A4 Allroad.