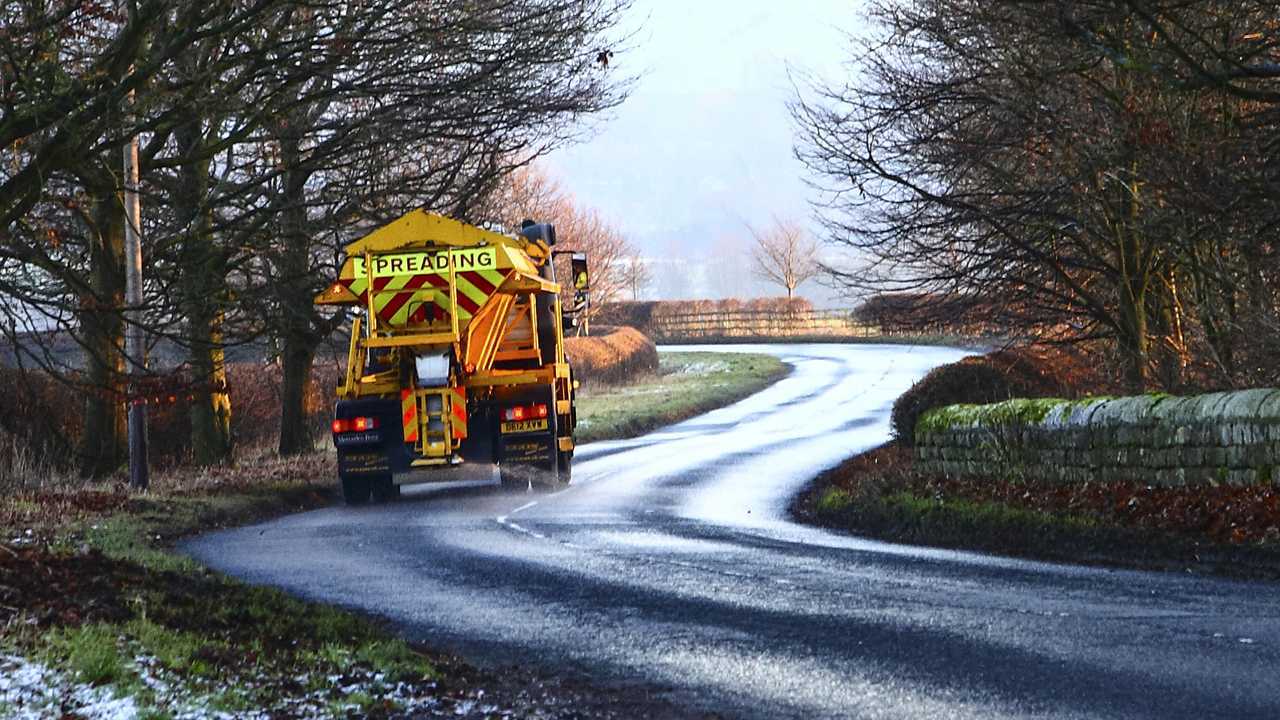 The government has already invested in 93 new gritters.

The Department for Transport (DfT) has urged councils across the UK to stock up on salt and grit as the winter months loom. As well as keeping the strategic road network clear, the government is also keen to ensure routes to Covid-19 test centres remain open even if a patch of bad weather strikes.

In a letter to local highways authorities, roads minister Baroness Vere said supplies of salt and grit should be topped up so “essential routes”, such as those to hospitals and Covid-19 testing stations, are well maintained. The minister said preparation was especially important as the country prepares for the “potential challenge of severe weather alongside Covid-19”.

These council stocks will sit alongside the 270,000 tonnes of salt held by Highways England to look after the nation’s motorways and major A-roads. A further 357,000 tonnes is held in a national salt reserve, and the Salt Association has confirmed production is “at sufficient levels to protect road users” over the coming months.

Baroness Vere’s comments come after the government invested more than £16 million to help Highways England introduce 93 new gritting trucks this winter. The vehicles joined a 535-strong fleet, which includes 23 snow blowers. The DfT says a further £40 million will be spent by Highways England as it aims to replace more than 250 of its vehicles.

“We have worked tirelessly with the country’s highways teams to make sure our transport networks are kept open and running in whatever weather we encounter,” said Transport Secretary Grant Shapps. “This year, it is more important than ever that Britain is prepared for the winter as we continue to tackle the pandemic. Through this work, we’ll ensure key routes to Covid-19 test centres remain open in the coming months.”

Meanwhile Jim O’Sullivan, the chief executive of Highways England, said his organisation’s fleet would be treating roads whenever bad weather was expected, but drivers should still ensure they are prepared for inclement weather and drive to the conditions.

“Our winter fleet will be out treating our roads around the clock whenever ice or snow is forecast,” he said. “But it is still important that drivers plan their journeys, make sure they are prepared for the winter weather and drive safely in all conditions.”

As well as preparing the road network for winter, the DfT has also implemented new measures for the rail network, including placing specialist cold-weather vehicles such as de-icers at strategic locations. Furthermore, the DfT has asked Network Rail and train operators to use inflatable flood defence measures.

Highways England gears up for winter
++