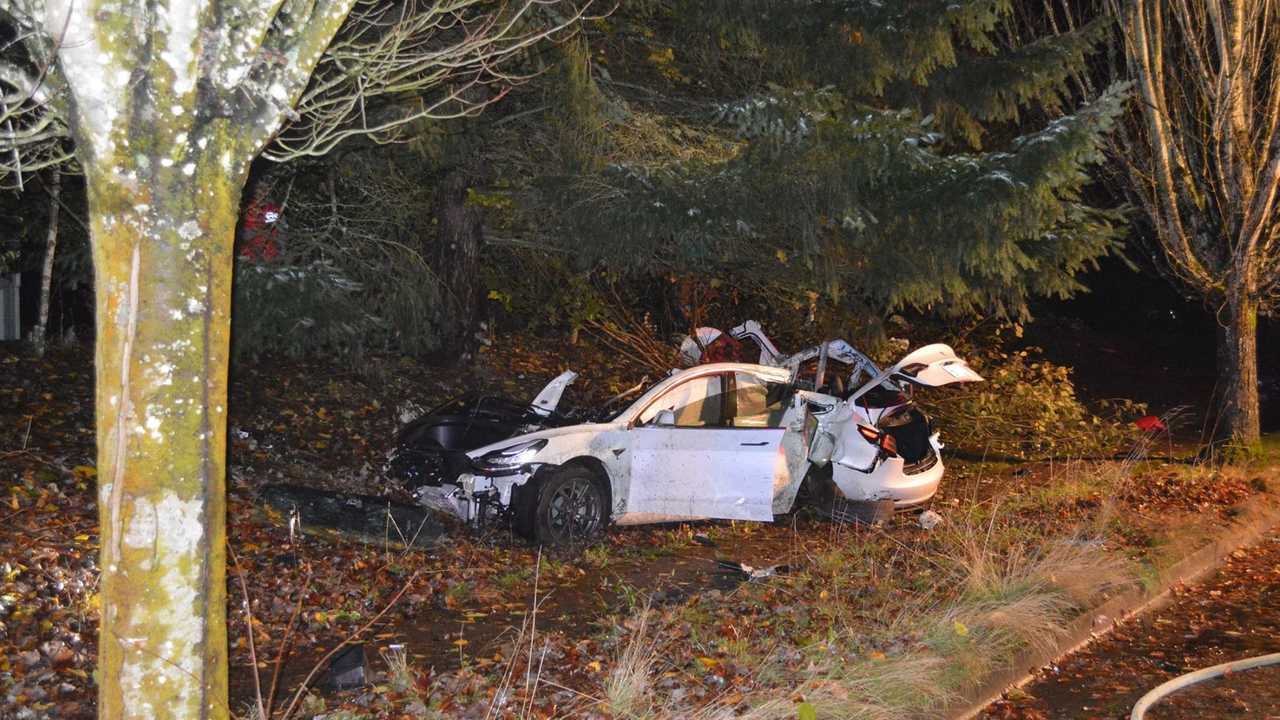 The accident occurred in Oregon USA and the driver, who fled the scene, was caught and cited for driving stoned, among other offences.

How on earth did the driver get out of this wreck alive as he managed to flee the scene before police arrived? Dylan Milota was driving his Tesla Model 3 very quickly in his hometown of Corvallis, Oregon (apparently doing over 100 mph/161 km/h), when he crashed into a couple of trees which he knocked down, sheered a utility pole and also smashed into a telephone junction box.

You can really tell it was a high speed accident based on the damage sustained by his Model 3, as shown in these photos provided by the City of Corvallis Police Department. From the first obstacle it hit, until it ground to a halt, it apparently travelled more than 100 metres (300 feet).

Milota proceeded to leave the wreckage on foot, but police apprehended him three blocks away from the scene of the crash. He had surprisingly only sustained minor injuries and it was also discovered that he had used marijuana prior to driving for which he was cited, along with hit and run, criminal mischief 2, reckless driving and reckless endangering offences.

To give you an idea of just how violent the crash must have been, bits were hurled off the Tesla and damaged nearby properties. Flying battery cells broke through one house window and landed on the owner’s lap and they also went into another home (also by breaking a window), this time landing on a bed which subsequently caught fire.

But wait, there’s more. One of the wheels came clean off the car and slammed into pipes supplying a local apartment building with water; the pipes were ruptured and this apparently resulted in severe flooding that damaged some ground floor rooms. The vehicle was obviously totalled in the crash.