Elation Freedom announced as 'first luxury EV hypercar' made in US 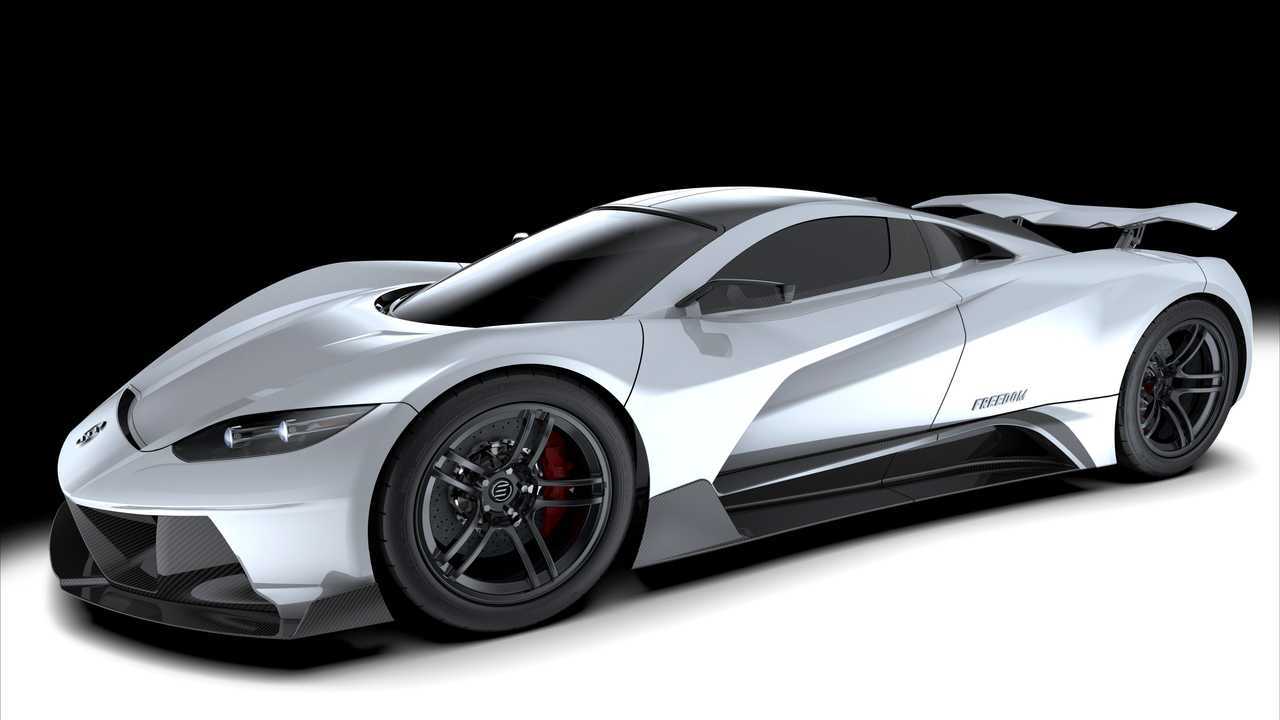 There's a new player in the world of electric performance. Elation Hypercars is based in Northern California, and it's making its presence known through a stunning supercar called the Freedom. It won't belt out a V8 rumble from its exhaust tips, but with 1,427 EV brake horsepower in a small carbon-fibre tub, it should be insanely quick. The company also says it's the first American-made electric hypercar, which we'll talk more about in a bit.

Let's look at the basics first. Elation says the handmade Freedom utilises a carbon fibre monocoque chassis fitted with three electric motors, driving all four wheels in a torque-vectoring setup through a proprietary two-speed gearbox. Combined, the total output is the aforementioned 1,427 bhp (1,040 kilowatts), but there's an option for a fourth motor that ups the power to a staggering 1,903 bhp (1,400 kW). It won't be a heavy EV either, as the tri-motor version has a target weight of 1,650 kilograms (3,637 pounds).

In an email to Motor1.com, Elation Hypercars Founder and CEO Carlos Satulovsky stated the Freedom has a conservative 0-60 time of 1.8 seconds, and a target top speed of 260 mph. It's not just a straight-line machine, as its carbon fibre design incorporates a 100-kilowatt-hour battery pack in a T-shape low in the chassis for better weight distribution. Its double-wishbone suspension shares DNA with F1 cars, and active systems for both aero and suspension components contribute to a lateral acceleration of 2.0g during cornering.

When not pushing the limits of performance, Elation Hypercars describes the two-seat greenhouse as jet-inspired. Aviation-grade leather and carbon fibre will fill the interior, and customisation with everything from materials to metals and even gemstones will be part of the purchasing process for Freedom buyers. Similarly, the other less-intense aspect of EV performance is range, and when driven casually, the Freedom should get 300 miles on the standard battery or 400 miles on an upgraded pack.

Curiously, for those who like the Freedom's style but aren't keen on electric power, the company has a surprise in store. An ICE-powered variant called the Freedom Iconic Collection will trade multiple motors for a single 5.2-litre V10 producing 750 bhp (552 kW). The power will still go to all four wheels, but without the motors or battery pack, the weight drops to 1,293 kg (2,850 pounds).

As for being the first American-made EV hypercar, here's where things get a little sticky. Technically speaking, a Freedom prototype is in development but it hasn't been completed. There's also another California-based company called Hyperion that has its own electric hypercar in the works, and it does have a functioning prototype called the XP-1. However, the XP-1 doesn't get its power from a plug – it's a hydrogen fuel-cell vehicle. It's also a bit slower with targeted 0-60 times of 2.2 seconds and a top speed of just 221 mph. That's still hypercar territory as far as we're concerned.

Admittedly we're splitting hairs here. The XP-1 faces an uphill battle simply because there isn't a national hydrogen infrastructure in place for fuelling, but Hyperion does already have a prototype on the road.

Both cars have a projected on-sale date in 2022, so if anything, it's cool to have some space-age competition in what will certainly become the future of high-performance motoring. For those keen on going pure EV, Elation is currently accepting reservations for both the Freedom and Freedom Iconic Collection. Pricing for the EV version starts at $2 million (approx. £1.5 million), with the V10 model starting at $2.3 million (£1.7 million).