Oakley Design Renault Twizy F1 up for sale in the UK 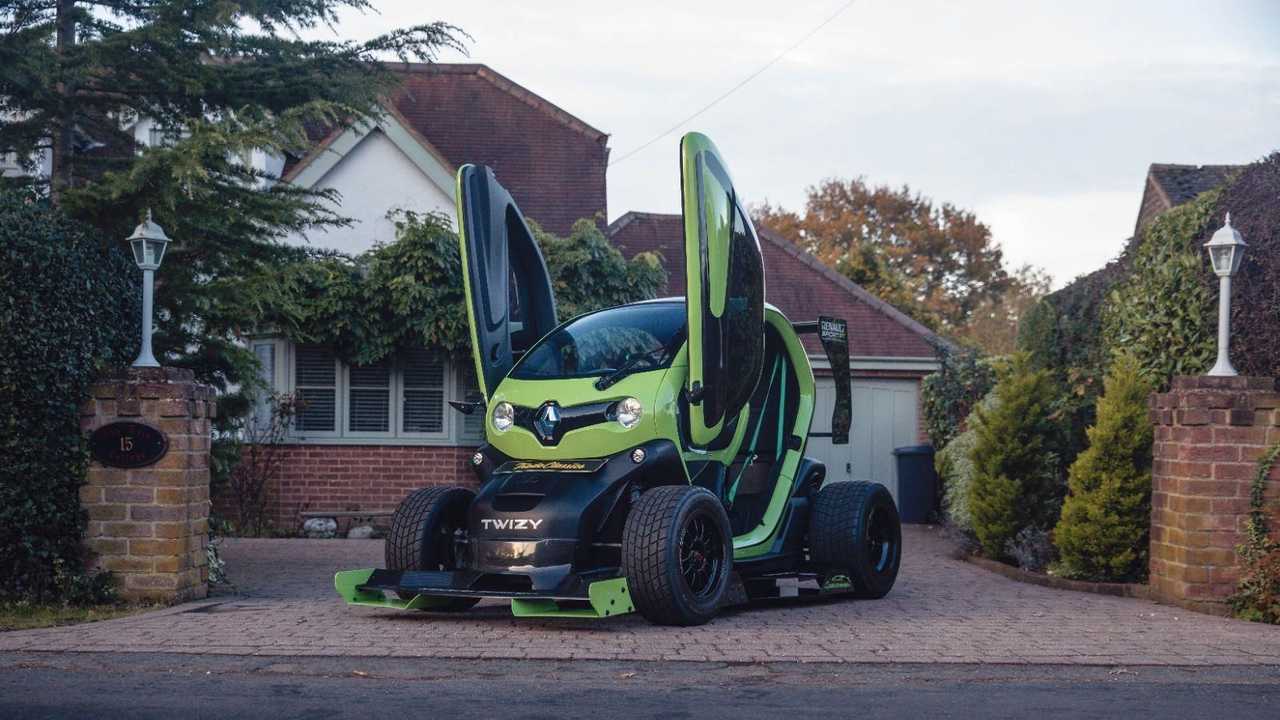 It is one of five such vehicles ever created and the asking price is £19,999.

Oakley Design from the United Kingdom (founded in 2014 and dissolved in 2019) is best known for its modified supercars, but it did also make five F1-inspired Renault Twizy road-going EVs and one of them is now up for sale.

The seller is asking £19,999 (roughly equivalent to about $26,390) over on Pistonheads and for that you get what hast be one of the most unique looking electric vehicles available. In fact, while the cost may be high, this is a quality project based on the fun-to-drive electric Renault that changes the Twizy in several important ways.

Firstly, the looks are meant to be similar to a Formula 1 car’s, complete with similar looking wheels and tyres, as well as F1-like front, side and rear carbon fibre aero add-ons. It also comes with all-around LED lights and even a flashing rain light on the rear (another F1 nod).

It isn’t any quicker than the regular Twizy, sadly, so it’s pretty much all show and exactly the same level of go - that means it still has just 17 bhp. Its top speed has, however, been increased to 60 mph (96 km/h), but since its battery is a tiny 6.1 kWh pack, you can’t drive it very far - just 50 miles (80 km) quoted by Renault, although those wide tyres will definitely bring that down a bit in the real world.

More on the Renault Twizy:

So it’s not so much a performance EV, as it is more of a statement vehicle, a conversation starter on wheels which you can take out on warm weekends and get people talking (to you) about electric cars. Plus it’s a very high quality job, so it won’t look out of place in some high-end collection, alongside rare and expensive cars.