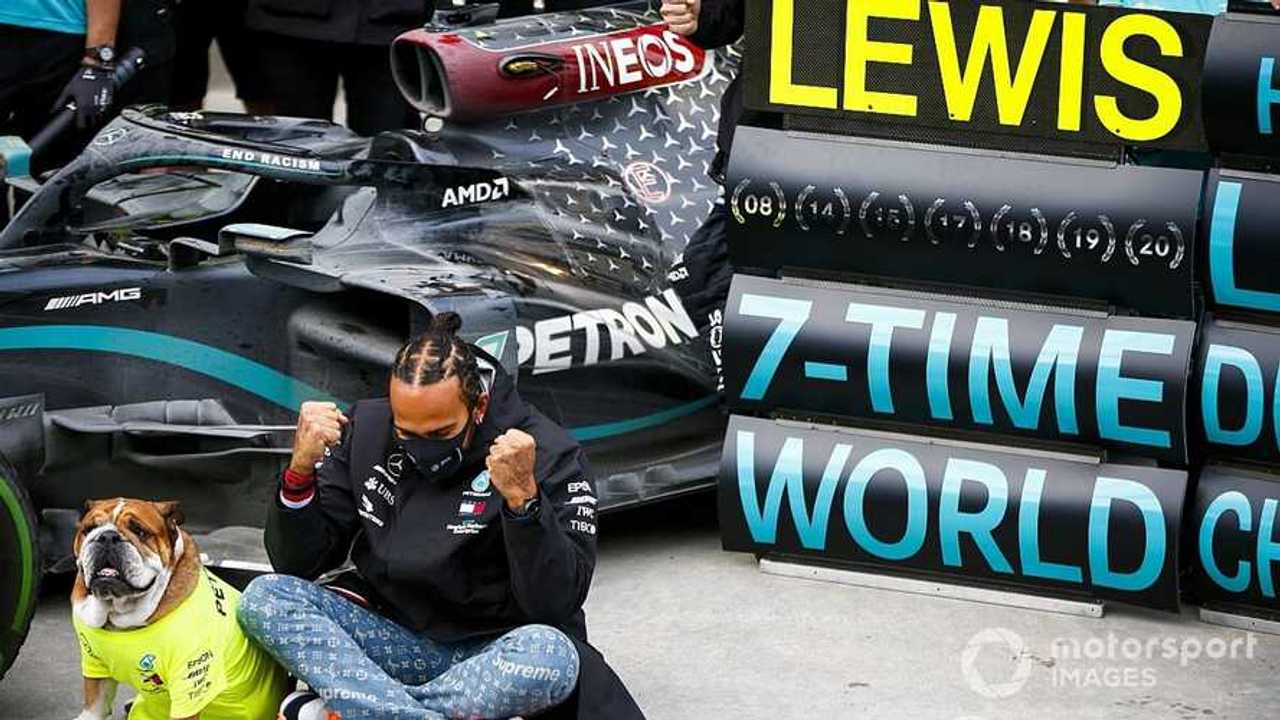 Hamilton clinched his seventh title with a superb drive in the Turkish GP that saw him charge up the order to take victory after a difficult first stint in the wet conditions.

Brawn oversaw all of Schumacher's title campaigns as technical director of Benetton and Ferrari, and he was also instrumental in attracting Hamilton to Mercedes, before working with him in his first season at the team in 2013.

"Massive congratulations to Lewis," Brawn wrote in his column for F1.com. "He showed why he is such an exceptional talent. "It was the perfect demonstration of what he is – a seven-time world champion, equalling Michael's record.

"It's the kind of dominance that in most people's motorsport career, you only see once. I've been blessed to see it twice. I have been fortunate to work with both Lewis and Michael. They are different characters, which is wonderful, as you don't want metronomic characters in F1.

"Lewis is different to Michael in the way they approach things. At the core of it, they both have a God-given talent."

Hamilton: I want to stay in F1 for a chance to change world

Brawn noted that the Turkish GP victory, achieved in such difficult circumstances, was the perfect demonstration of Hamilton's ability to overcome adversity.

"I'm always engaged by the running commentary from Lewis during the race on team radio, suggesting things aren't going well, which is always entertaining," said Brawn. "But he always delivers.

"In Turkey, despite his Mercedes team struggling for pace all weekend on a slippery surface in cold conditions, he stayed patient in the race, strategised and pushed when needed to. He got the tyres working when no one else could.

"Sunday wasn't an easy win. He didn't put the car on pole and disappear into the distance. It was a challenging weekend for him, regarding the weather, the conditions and the track.

"Clearly, it didn't initially suit Mercedes, but they got their heads down and thought about it. He came from further down the grid. He wins when he's not given any opposition, and he wins when he is given a big challenge."

Brawn stressed how well the Mercedes team works with Hamilton: "It's hard to pick a weakness in Lewis' armoury.

"He sometimes seems to get emotional on the radio, but the team knows how to handle that through the calmness of his engineer Pete Bonnington.

"Bono doesn't get fazed by anything Lewis says and has a great riposte when he gets too excited. Everyone in that team works so well together.

"Right now, he's at the pinnacle of his career. And I don't know where his form will start to tail off."